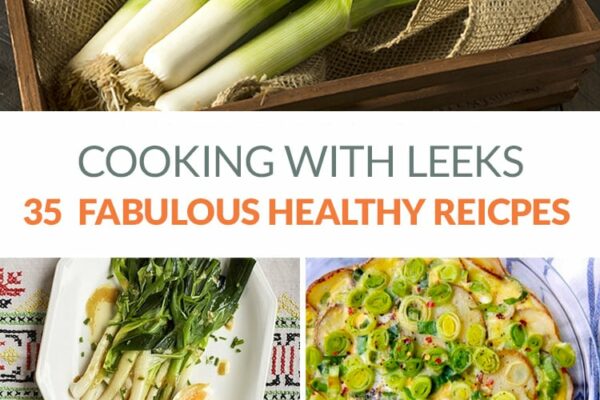 From nourishing soups and salads to comforting bakes, these leek recipes are as fabulous as they are healthy. 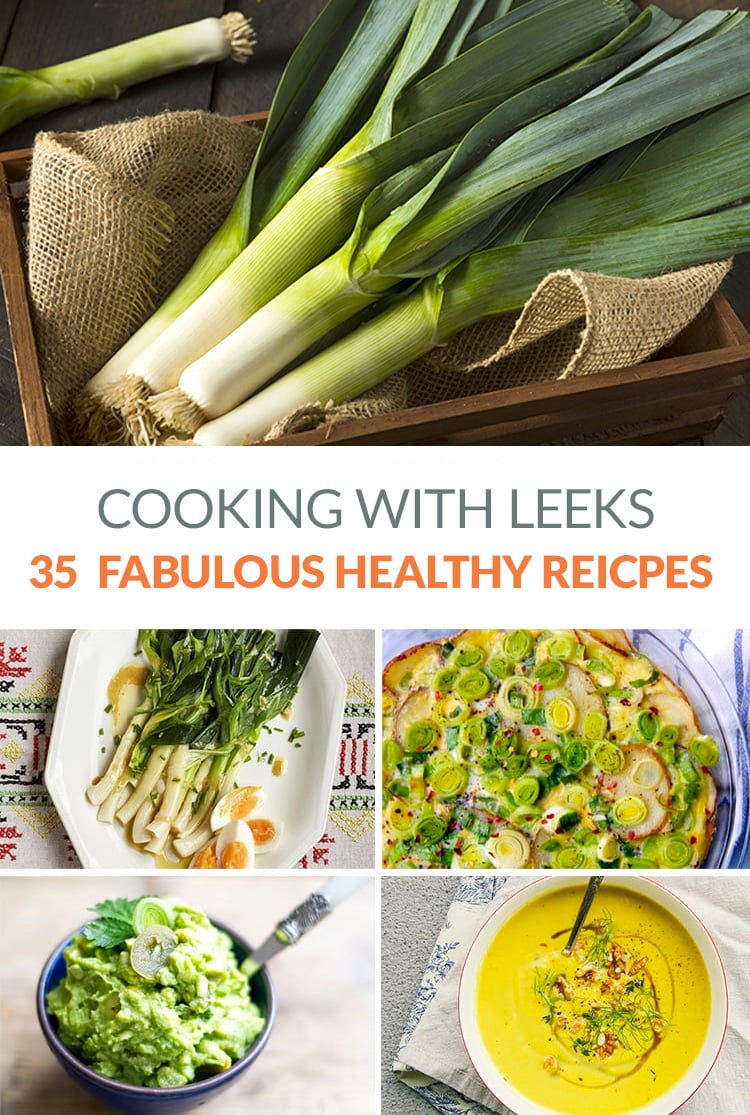 Today I am highlighting one of my favourite vegetables – leek. Like onion and garlic, leeks belong to the allium family but, in my opinion,  they are much more versatile in the kitchen. If you’ve ever only used leeks to flavour a soup or a stock, brace yourself – you’re about to discover amazing new ways to leek it up.

Leeks have very similar properties to the garlic and onion – a unique combination of flavonoids (antioxidants) and sulfur-containing nutrients that provide cardiovascular support. For people who avoid onion and garlic due to their FODMAPs content, the green parts of the leek are okay to use. The green parts have a lovely, green onion and slightly garlicky flavour and can be used cooked or raw.

Otherwise, the whole leek – white, pale green and green parts – can be used, although I often see people discard the green leaves. Leeks can be braised, fried, roasted, boiled, sautéed or sliced thinly and eaten raw in salads. I’ve often thought of leeks as French food but there are many cuisines and dishes that use this vegetable, and of course, it can be used instead of onions.

Covering soups, sauces, salads and drips, here is my round up of 35 delicious and healthy leek recipes. 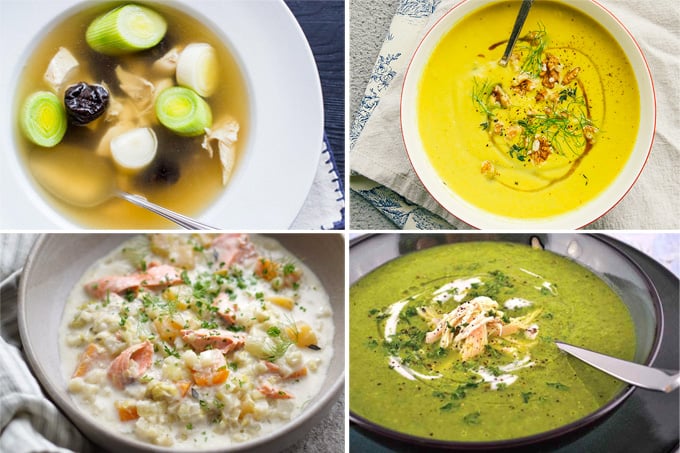 Cock-a-leekie Soup (with chicken) from The Domestic Man 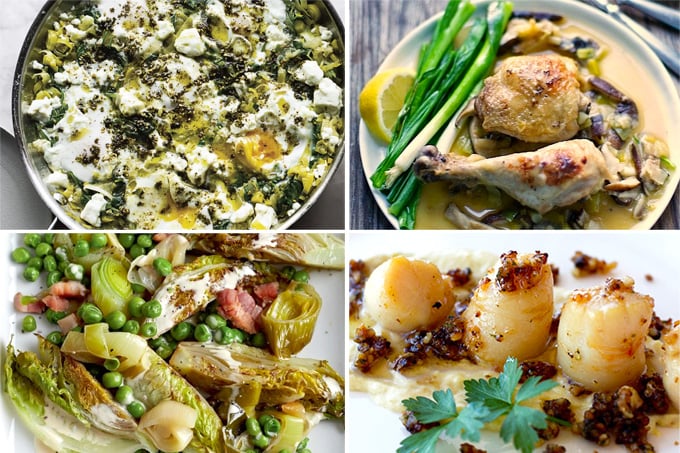 Braised Leeks, Peas and Little Gems from The Happy Foodie 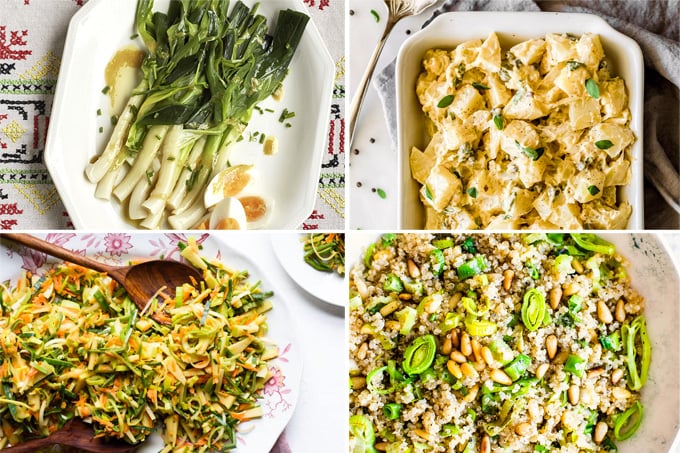 Leeks as side dishes 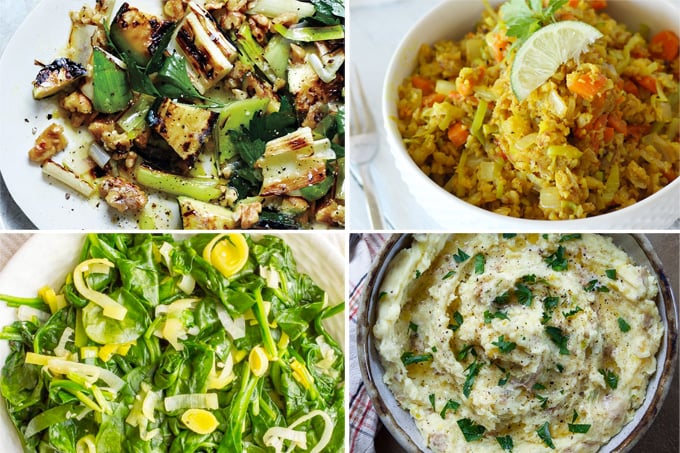 Sauteed Spinach & Leeks from Family Food On The Table 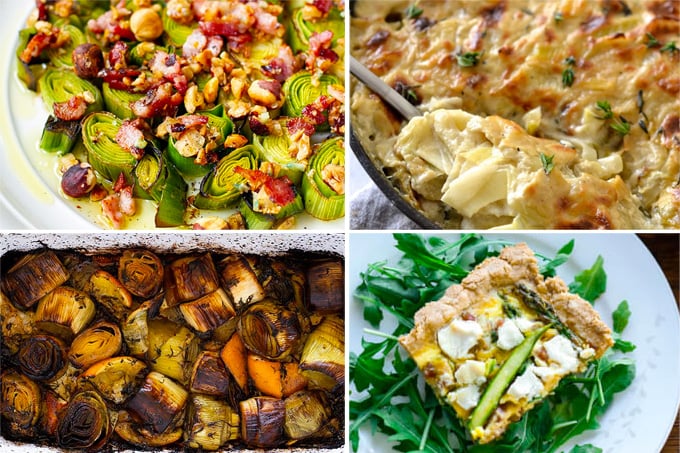 Leeks in a sauce 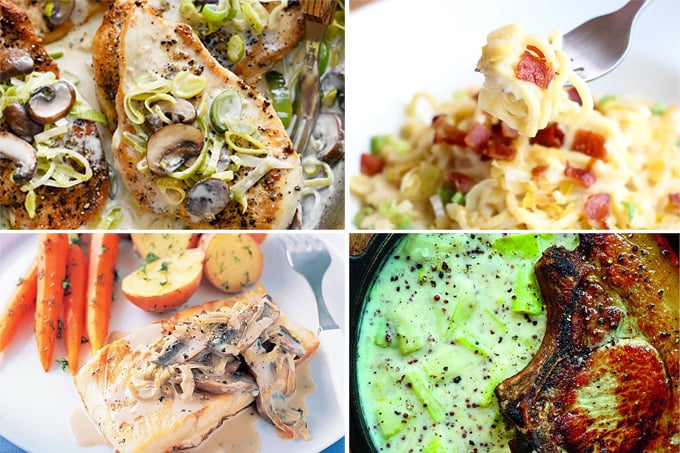 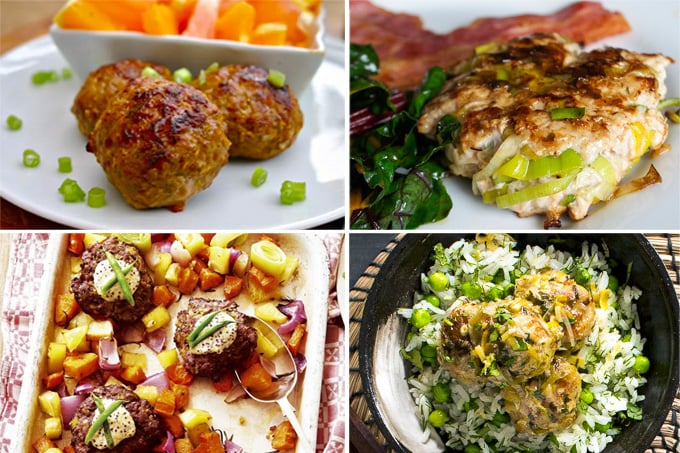 Apple Leek & Bacon Breakfast Sausage from And Here We Are

Turkey Leek Meatballs from I Will Not Eat Oysters 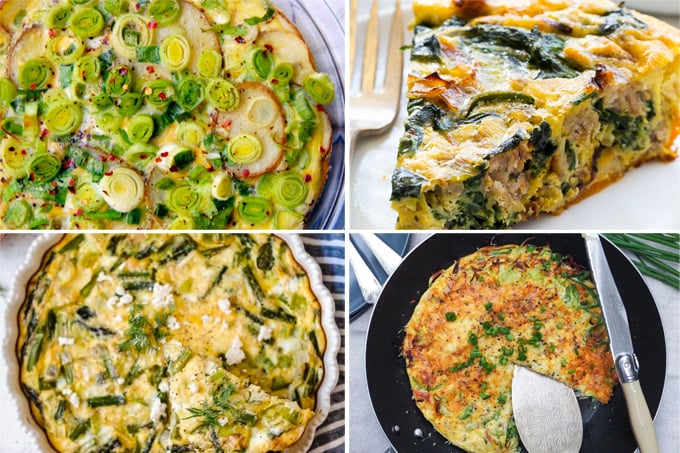 Bacon & Leek Omelette from By Rosie 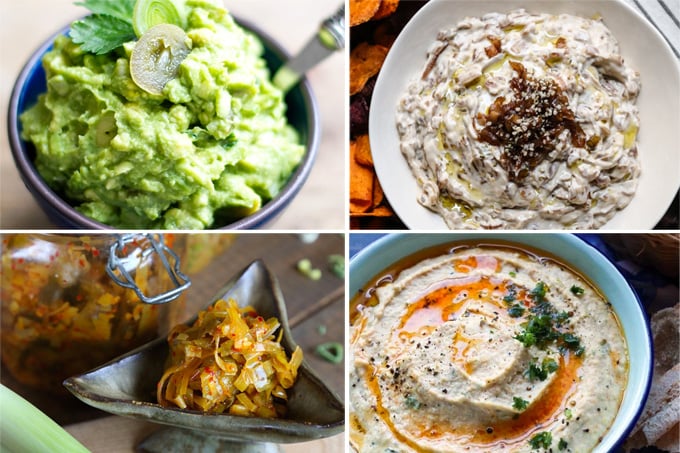 What’s your favourite way to prepare leeks? Share in the comments below.