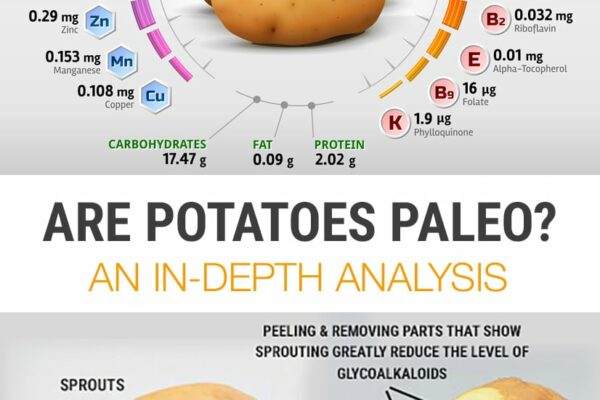 Are potatoes paleo? This question comes up a lot in the paleo community and you’ll find people saying both yes and no to this question. In today’s post, I take a dive in the world of white potatoes and share their pros and cons and how to include them in your paleo diet safely. 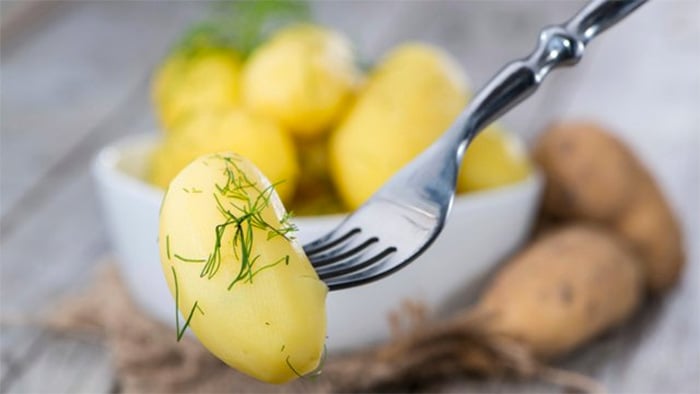 Some of you may be long-time paleo eaters while others may be brand new to this style of eating. Either way, it’s easy to get confused over ‘grey-area’ foods like green peas, quinoa, buckwheat, corn and the star of this article – white potatoes. This article is quite in-depth so if you don’t have 5 minutes, skip to the end for a quick summary.

In the original Paleo diet principles promoted by the likes of Dr. Loren Cordain and Robb Wolf back in the day, the advice was to avoid white potatoes. Then, over the past 5-10 years, the spud has slowly rebuilt its reputation as real food and is now widely accepted as a starchy addition in the Whole30 program and by many paleo advocates with a few caveats.

So, where do white potatoes fall on the real food scale?

When it comes to white potatoes specifically, the reason it was put in the naughty corner was due to its carbohydrate content, its effect on blood sugar and the antinutrient compounds such as lectins and glycoalkaloids naturally present in these tubers. However, white potato is also very nutritious and contains gut-beneficial fibre. Let’s look at these factors one by one to see what’s really going on.

Are potatoes good for you?

First, let’s examine the nutritional profile of white potatoes to show you what’s really hiding out in those delicious spuds. 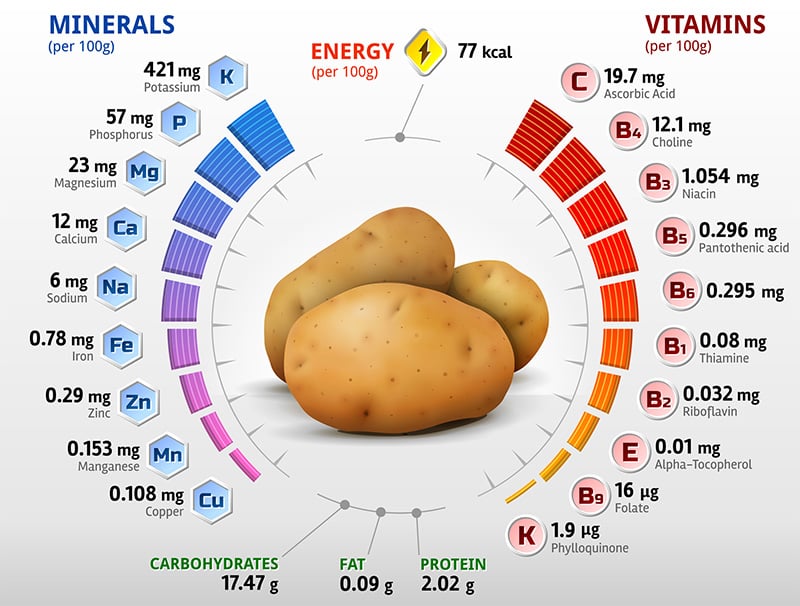 With a massive amount of vitamin C rivalling red peppers and oranges, plus a fair amount of B-vitamins, minerals and fibre, the potato is quite a powerful and nutritious food. They are also satiating and comforting, so a little white potato can add a lot of variety and pleasure to your diet.

As well as the nutrients mentioned above, white potatoes contain a specific type of insoluble fibre – referred to as resistant starch -which breaks down during digestion to feed the good bacteria in the gut. This resistant starch is very beneficial and is also present in bananas (especially green ones), and legumes.

The amount of resistant starch varies between different types of potatoes and how they are cooked and increases significantly in cooked potatoes that have been cooled. 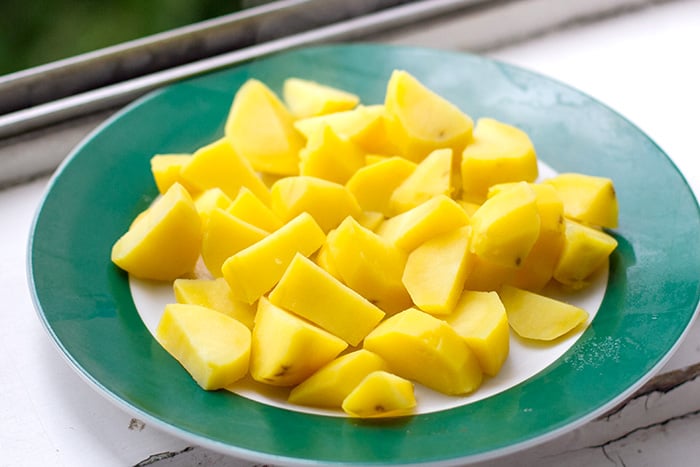 Mind you, although sweet potatoes are also high in fibre they are a lot less starchy and as a result, don’t have the same amount of this specific resistant starch. Most of the carbs in sweet potatoes come from sugars rather than starch.

First of all, we should not confuse paleo with low-carb or keto diet.  While the latter two restrict carbs significantly, paleo is more focused on consuming real foods and nutrient-density (or antinutrients present in food). Of course, you will naturally eat fewer carbs when eliminating grains and legumes, but you can still stack up your carb intake with starchy veggies and fruits. The key is knowing how much and how often, right?

Compared to other vegetables, including the sweet potato, white potato is high in carbohydrates. It contains a lot more starch, while sweet potatoes have more sugar and the type of fibre in each is slightly different.

WHAT IS Glycemic index

The reason it’s important to look at both is that a particular food could have a high GI number but given a common portion size of that food,  the actual glycemic load might not be so bad. Foods with GI under 50 are considered healthier because they don’t raise your blood sugar levels as much as the foods with GI over 55, with pure glucose sitting at 100.

How is the glycemic index measured?

The GI value of a food is determined by feeding 10 or more healthy people a portion of the food and then measuring the effect on their blood glucose levels over the next two hours. On another occasion, the same 10 people consume an equal-carbohydrate portion of the sugar glucose (the reference food) and their two-hour blood glucose response is also measured.

I searched through the University of Sydney database for GI and GL numbers of different foods (mostly potatoes) and looked at a few studies and here is what I found.

Apart from its nutrients, potato tubers also contain some undesirable substances known as antinutrients. Some of these are naturally present compounds such as glycoalkaloids (present in the nightshade family of vegetables), nitrates (present in most plants), and lectins (plant’s defensive compounds); plus, some toxins can be accumulated via the environment or through poor storage and handling. We will look at the naturally present toxins specifically.

The nightshade family includes veggies like bell peppers, eggplant and potato as well as coffee. They contain toxic components known as glycoalkaloids. These are fine for most people in small amounts but can be problematic for those with sensitivities or compromised gut health.

Consumed in large amounts, these toxins can affect the nervous system, negatively impact gut health and even cause leaky gut. This is why the nightshade foods are avoided on the autoimmune protocol diet. 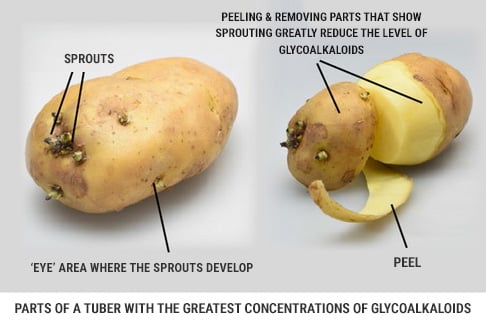 Once again, glycoalkaloids are mostly saturated in the skin and under the skin and in the eyes of the potatoes or any damaged or green parts. They are also the highest in the sprouts and flowers of the potato plant. The same goes for nitrates, which are mostly concentrated just beneath the surface.

Peeling the potato can reduce the number of glycoalkaloids AND nitrates significantly. I must point out that the number of nitrates in the potatoes is far smaller than in celery or spinach, so it’s not considered unhealthy or toxic enough to worry about.

It should also be noted, that the level of glycoalkaloids varies between potato cultivars and is mostly caused by the improper post-harvest handling conditions. To keep glycoalkaloid content low, store potatoes at lower temperatures, such as 7°C(45°F) and keep potatoes away from light. If possible, choose potatoes in opaque plastics films and paper bags, and avoid old, damaged looking or green, underripe potatoes.

Cooking method such as boiling doesn’t reduce the leftover glycoalkaloids significantly BUT deep-frying or roasting at high temperatures does. That’s because these substances are quite heat-stable. However, cooking starchy foods at high temperature over a long period of time or to a very dark stage (like burnt toast or over-roasted potatoes) can cause the formation of a chemical called acrylamide which has been linked to cancer in animal lab studies.

Without getting too far down that rabbit hole, the moral of the story is it’s best to avoid deep-fried starchy foods and cook potatoes at moderate heat after peeling them first.

Lectins are found in most plant foods (more so in grains and legumes) but are especially high in beans, barley and in potatoes. These compounds are sugar-binding protein molecules that when consumed in large amounts can reduce your body’s ability to absorb nutrients (hence they are referred to as antinutrients).

They act as a defence mechanism in plants and as humans can’t digest lectins, they travel through the gut unchanged and stick to cell membranes. They can damage and irritate the gut resulting in symptoms such as diarrhoea and vomiting. This gut damage can, therefore, prevent the body from absorbing nutrients properly.

The highest concentrations of lectins are found in foods like legumes, grains and nightshade vegetables. Luckily, there are several ways to reduce the lectin content of these foods to make them safe to eat.

Research shows that by cooking, sprouting or fermenting foods that are high in lectins, you can easily reduce their lectin content to negligible amounts. Cooking potatoes can reduce lectins by around 50-60% and naturally, we’re not going to be eating them raw. Pressure cooking potatoes is another great way to reduce the lectin content while preserving the nutrient density of the vegetable. Peeling also helps as more lectins are present in the skin of fruit and vegetables.

One thing to note is that a small amount of lectins has beneficial properties so there is no need to eliminate all of this substance from your diet (which would mean to stop eating all plants).

A final note on antinutrients

If you’re going to cook potatoes in water or broth, keep in mind that whatever is inside the vegetable will leach into the liquid. It doesn’t mean you can never cook with potato ever again but consider that perhaps boiling it first and discarding the water and then adding the pre-cooked potato to a stew or a soup might be a safer way to go.

If you didn’t have the time to read all of the information above, here is a condensed version and some food for thought.

White potatoes have a high glycemic index and are high in carbohydrates and yes they do raise your blood sugar levels more than other foods BUT there are some types of potatoes with a lower glycemic load and the way you cook and eat potatoes matters.

Potatoes have naturally present antinutrients but they can be reduced significantly by properly storing, preparing and cooking the tubers.

On the other hand, white potatoes are also full of nutrients and beneficial resistant starch that helps to feed the good bacteria in our gut. They are satiating, affordable, sustainable and can be great fuel for active folks, athletes and kids who need some higher-carb foods for extra energy.

My personal verdict is that a good old white potato can be safely enjoyed in small amounts unless you have serious sensitivities to lectins and glycoalkaloids or have leaky gut (those with autoimmune conditions might fall into that category) or you are diabetic, pre-diabetic or have metabolic syndrome, in which case the carbohydrate content and the glycemic index impact will be significantly more problematic.

Having said that, a little cold (or reheated) cooked potato could even be consumed if you have blood sugar issues because its glycemic index is much lower. Remember, the portion size and frequency of eating potatoes matters the most when it comes to both the glycemic load and any possible toxicity.

How to eat potatoes for optimal health 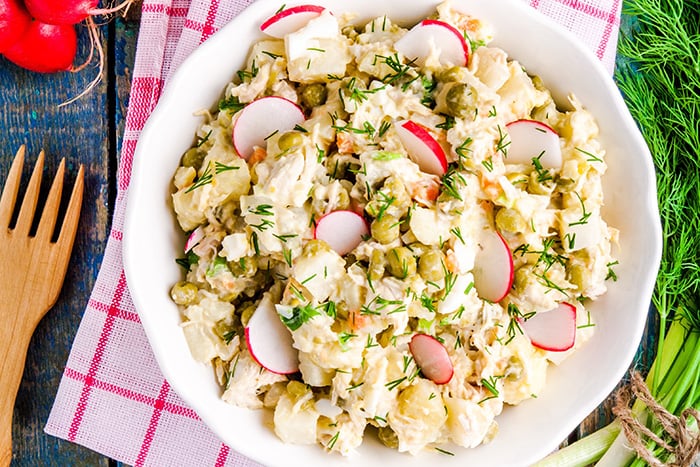 Now to you! What do you think? Will potatoes make an appearance on your paleo meal plan or would you rather stay away? Let me know in the comments. 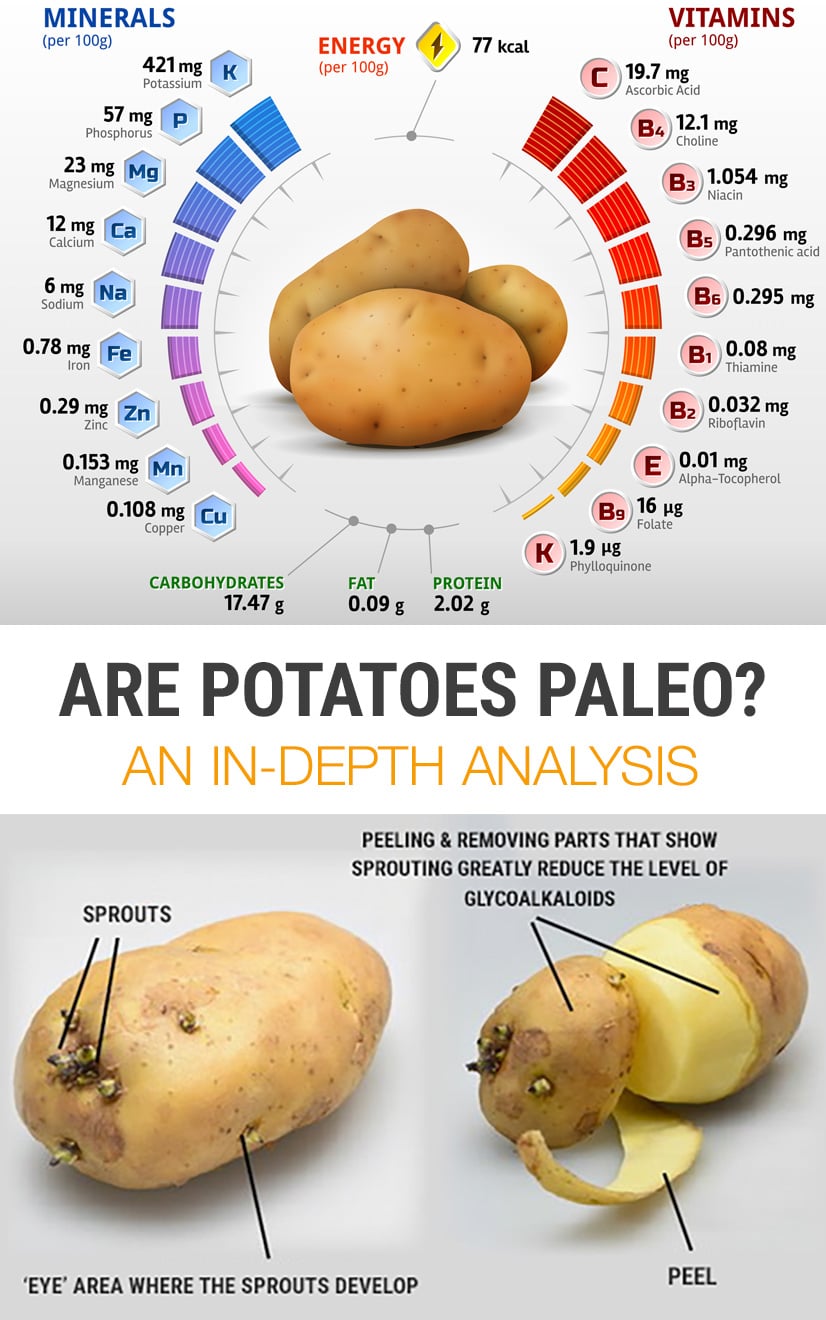 Anti-nutritional Compounds in Potatoes, Depending On The Type of Raw Material and Conditions of Processing Potatoes Into Food Products

Acrylamide: What it is and How to Avoid it

All About Potatoes | Precision Nutrition

How To Reduce Lectins In Your Diet | Dr. Mercola

A Review of Important Facts about Potato Glycoalkaloids