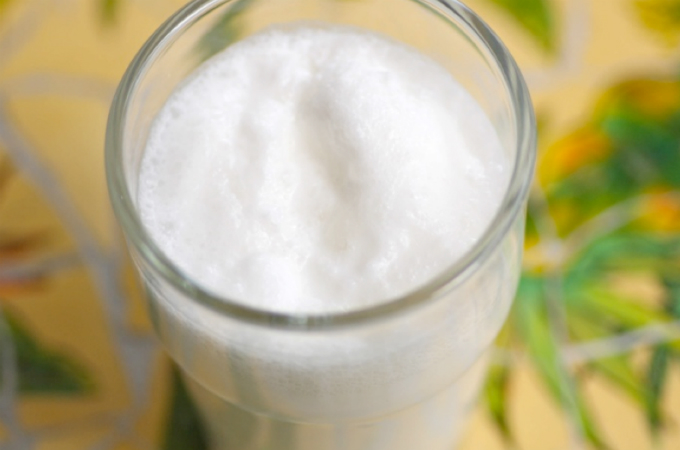 Glass of kefir. Photo from Your Kefir Source.

One of the thornier areas of the Paleo diet discussion is dairy and all its forms. But putting it that way implies that all dairy can be treated the same, which would also foreshorten the debate by inviting a simple answer.

It’s true that many consider dairy to be outside of the acceptable foods for Paleo. There are a lot of Paleo authorities who take this stance—not least being Loren Cordain himself. Let’s go over the most commonly invoked arguments against dairy as part of a Paleo diet:

There is certainly some truth to some of these claims. Non-human dairy consumption was most likely seen after the Paleolithic. Lactose intolerance does exist. Insulin resistance can be built up with considerable dairy consumption. There are indeed some studies that show correlations—not necessarily causations, take note!—between carcinogenic factors and dairy consumption. Still, the question is really far from settled if one examines the matter more closely.

Is dairy really always a super-villain?

While very strict followers of the Paleo diet might say otherwise, the general consensus among nutritionists and scientists—not to mention actual medical doctors—is that the mere fact of something not having been consumed by Paleolithic man can be taken as an incontrovertible argument against it. There are many foods today that we know to be beneficial for our health but which weren’t eaten back in Paleolithic times.

Kefir, for instance, isn’t a Paleolithic-era food by any stretch of imagination. It’s produced through fermentation (of milk) too, which isn’t something most Paleolithic men were too familiar with, by all accounts. It’s also a dairy product. But all these things aside, it happens to be packed with beneficial bacteria that serve as probiotic supplementation.

Kefir—more specifically, kefir made with organic, full-fat, grass-fed milk—is best described as a non-sweet drinking yoghurt, perhaps a little similar to buttermilk in its consistency. It’s just one example of potentially “good” dairy, and it’s easily one of the most Paleo-friendly if you’re willing to open your mind a little to the dairy-in-Paleo proposition. For one thing, its production through fermentation renders it less likely to set off lactose intolerant responses than most dairy products. Fermenting milk leads to the lactose in it being consumed by beneficial bacteria. In other words, there are barely any sugars left in it to trigger lactose intolerance—or insulin responses, for that matter.

It’s actually possible to make highly Paleo-friendly kefir, as this indicates. Kefir that’s been fermented longer, for example, will not only have fewer sugars left in it but will also have more good bacteria for your gut. Furthermore, selecting the right milk to ferment can actually reduce the risk of casein intolerance… and possibly even cancer.

About the author: Giselle Cooper is a strong advocate of all things healthy, natural, and homegrown. She enjoys cooking and blogging during her spare time. You can follow her on Twitter and Pinterest.