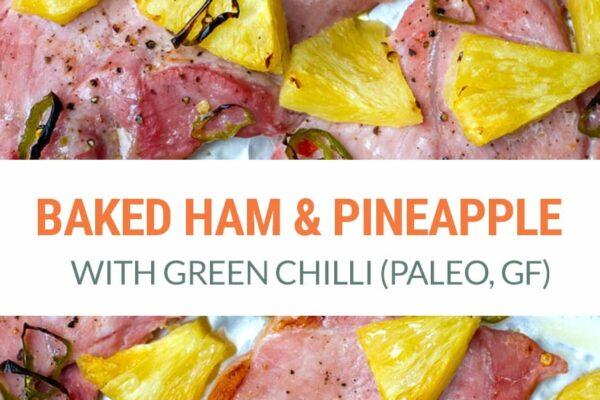 Inspired by the classic Hawaiian pizza flavours, these baked gammon (ham) steaks with pineapple and green chilli are a quick and easy paleo-friendly, gluten-free and low-carb sheet pan dinner. 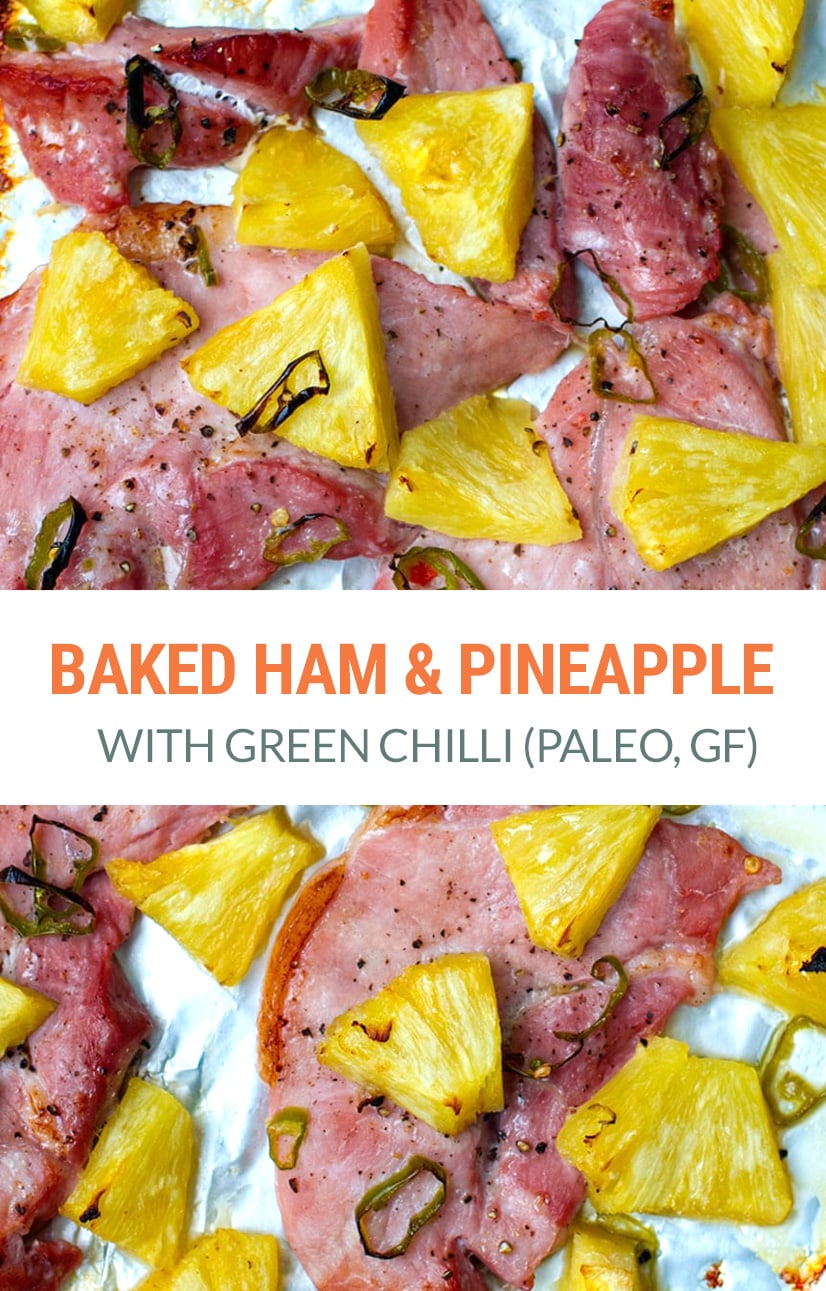 I’ve had my fair share of bacon and other cured pork products but I’ve never really had much (or any) gammon until I lived in the United Kingdom, where you’d often see it on the menus and in the supermarket’s meat section.

For those of you not familiar with gammon, it’s a British term for dry-cured and brined pork meat from the hind leg of pork that is most similar to thick cut bacon or raw ham.

It can be smoked and unsmoked, and like bacon, it needs to be cooked before being eaten. Think of it as cured, raw ham (in the U.S. it is often referred to as ‘fresh ham’). Gammon can come as sliced steaks or sell as a large piece of pork on or off the bone. Once cooked, it’s similar to roasted or glazed ham, and the salty meat goes well with sweet condiments, hence why I decided to bake it with pineapple. 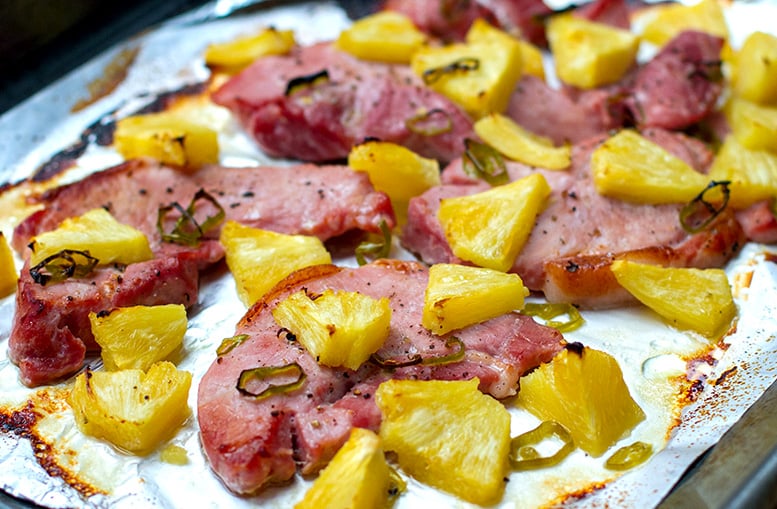 For this recipe, I bought a large piece of gammon off the bone and sliced it into steaks. You can buy pre-sliced gammon steaks, thick cut bacon, or even regular pork chops, which would work perfectly in this recipe. You could even do a combination of regular pork steaks and some bacon strips, all baked together with diced pineapple and chilli.

For the chilli, I used a long green chilli pepper (e.g. jalapeños), which have just enough heat to add a little kick to the dish. You can omit the chilli or use dried flakes instead. I imagine that even pickled jalapeños could be used in this recipe.

I enjoyed serving these gammon steaks with some roasted sweet potatoes and a green salad. You could potatoes at the same time in the oven. Leftovers were lovely in a salad or as a filling in a paleo wrap.

PS. I know it’s bad to cook with foil but I was making this dish at a friend’s house and they didn’t have any parchment/baking paper, which I recommend using instead. The pineapple will release juices which will caramelise and can burn slightly, so foil or parchment paper is useful to keep the baking pan easier to clean.

For more baked sheet-pan dinners, check out my chorizo and chicken sheet-pan meal, or my green sauce chicken thighs.