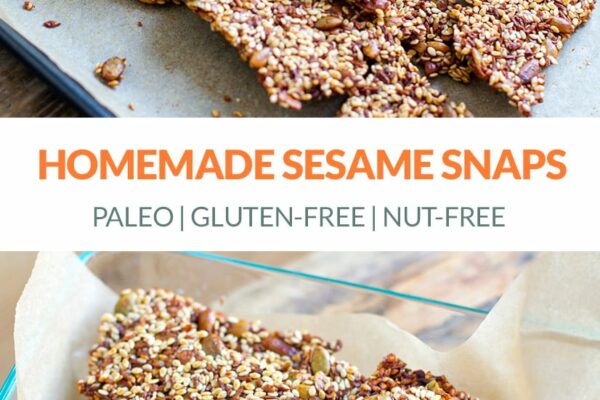 Have you ever had sesame snaps? They were one of my favourite childhood snacks! In today’s recipe, I show you how to make homemade sesame snaps that are just as good as the ones you get from the store but are healthier and aren’t wrapped in individual plastic wrappers. It’s a delicious snack or a mini treat that is gluten-free, nut-free, paleo and vegan-friendly. This recipe was originally created for my 8-week program and has since become popular with my readers. I hope you like it! 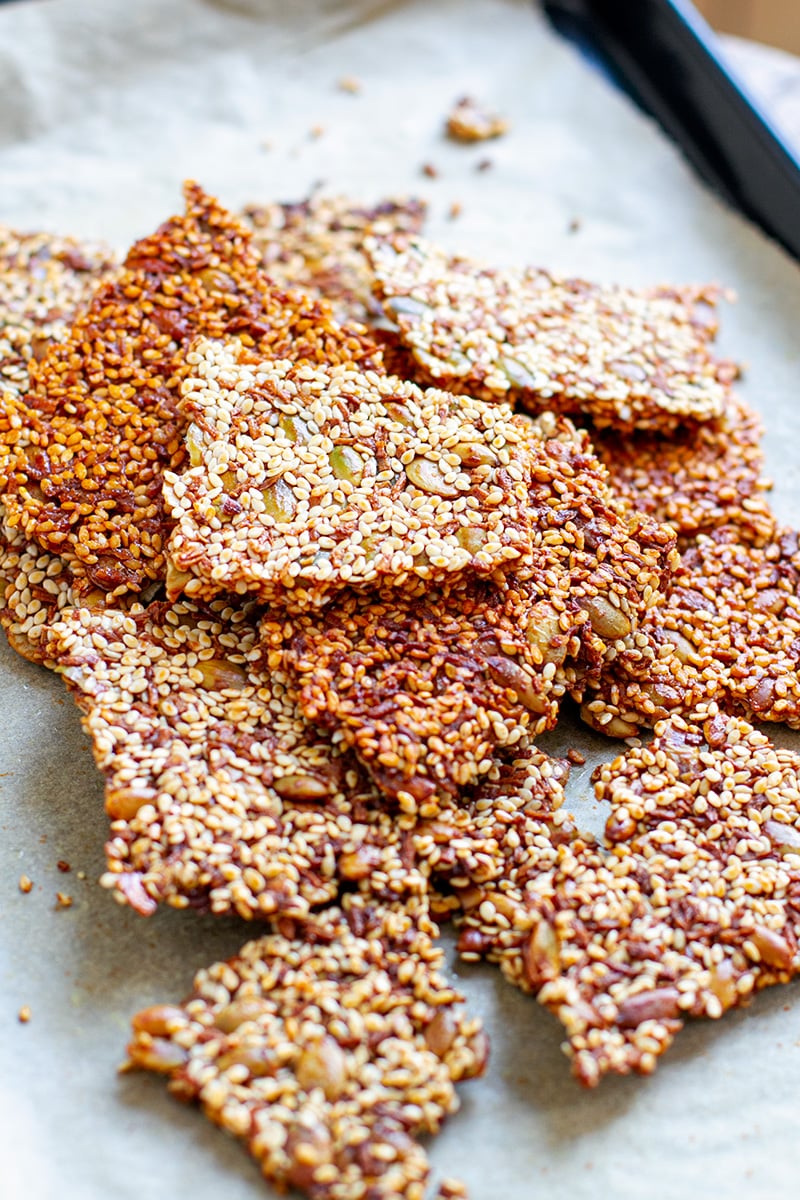 WHAT ARE SESAME SNAPS?

Sesame snaps are thin crisps made from sesame seeds and sugar or honey, and sometimes other seeds or dried fruit. As a snack or a treat, sesame snaps or sesame candy are popular in the Middle East, Asia, Mediterranean and even Eastern European cultures. In Greece and Cypress, they are known as pasteli; in Poland, as sezamki, which is similar to the name I knew them back in my childhood

In Australia and the UK, they’re known simply as sesame snaps and they come as 4 thin crisps wrapped in that annoying single-used plastic packet. They taste nutty or seedy and have that lovely sweetness, often with a hint of honey.  Sesame snaps are great for lunchboxes, movie snack, hiking, road trips, and pre and post-workout.

The commercially available version is made with sesame seeds, glucose syrup and sugar. Because I love them so much, I wanted to create a healthier version with more natural sweeteners. I used a little brown rice syrup and a touch of honey (you can use maple syrup) which hold the sesame seeds together. I also added a little shredded coconut, vanilla and pumpkin seeds.

These sesame snaps are a great source of fibre and minerals such as calcium, magnesium, iron and zinc.

HOW TO MAKE SESAME SNAPS

You will find the full list of ingredients, instructions and nutritional breakdown in the recipe card below. Here are some step-by-step photos to guide you along. They will last for up to two weeks in an airtight container.

You can add your personal twist to this recipe such a little cinnamon or nutmeg or maybe a few black sesame seeds. 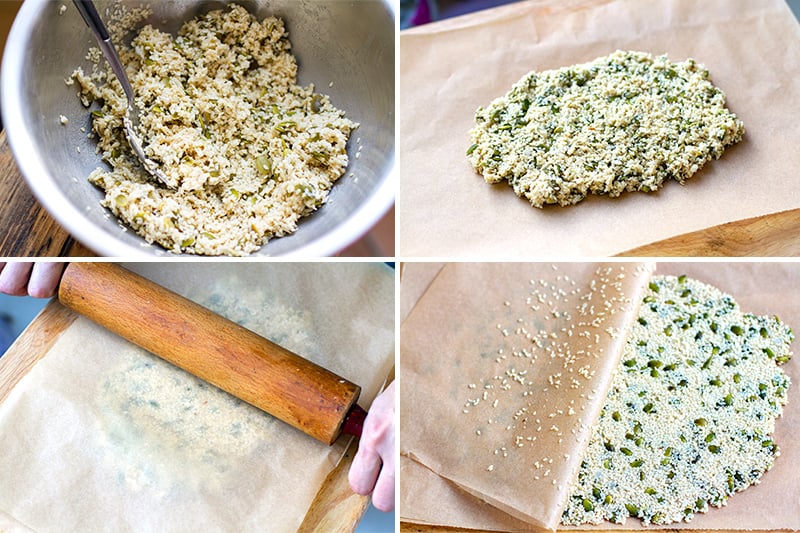 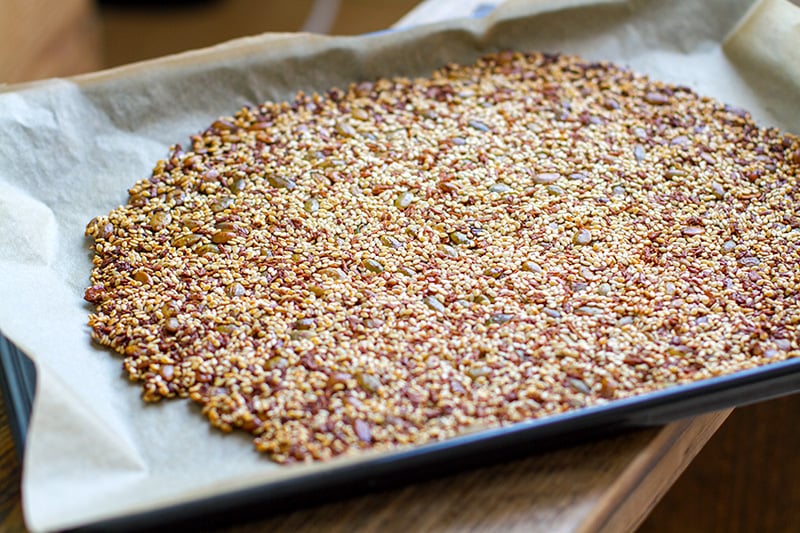 This a healthier, homemade sesame snaps recipe that uses all natural ingredients. Enjoy as a snack or a little treat. These are gluten-free, nut-free, paleo and vegan-friendly (replace honey with maple syrup or extra rice syrup). 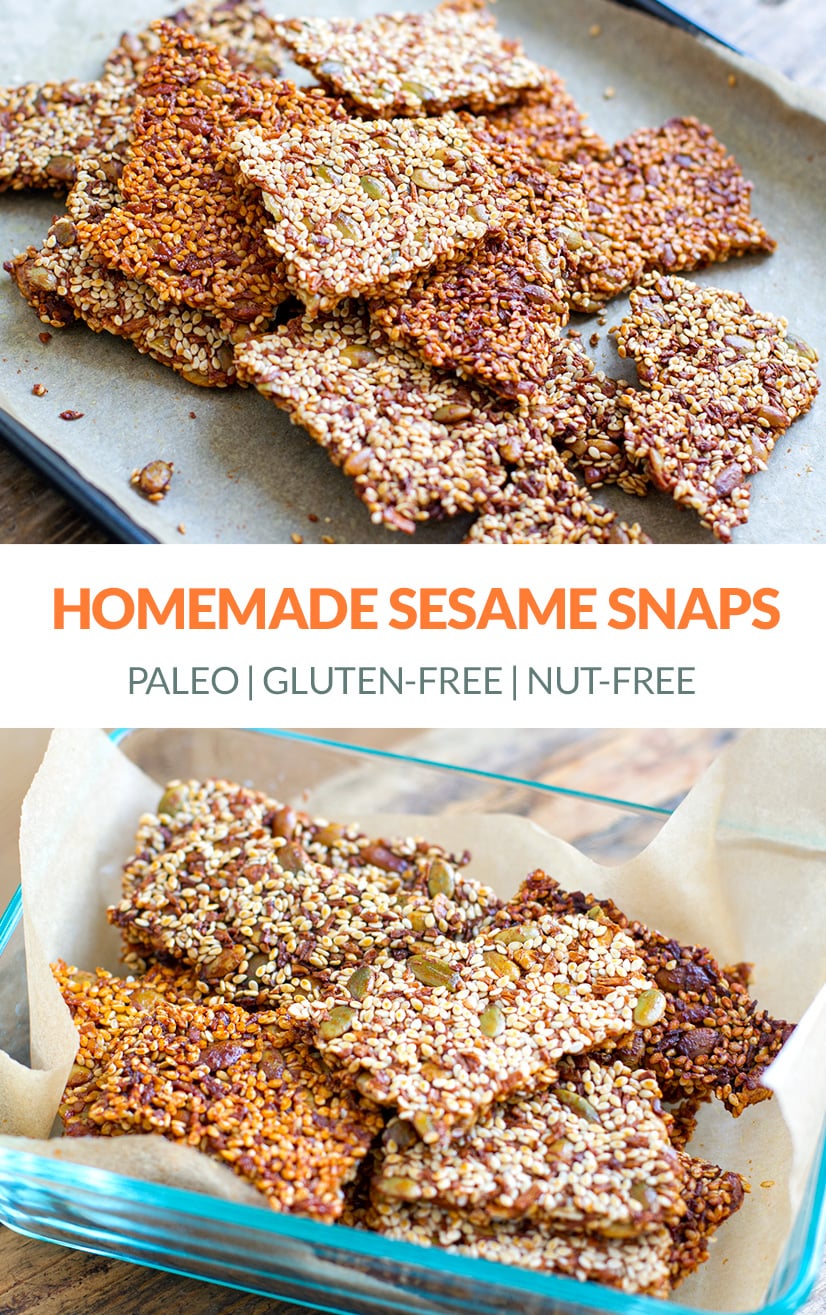