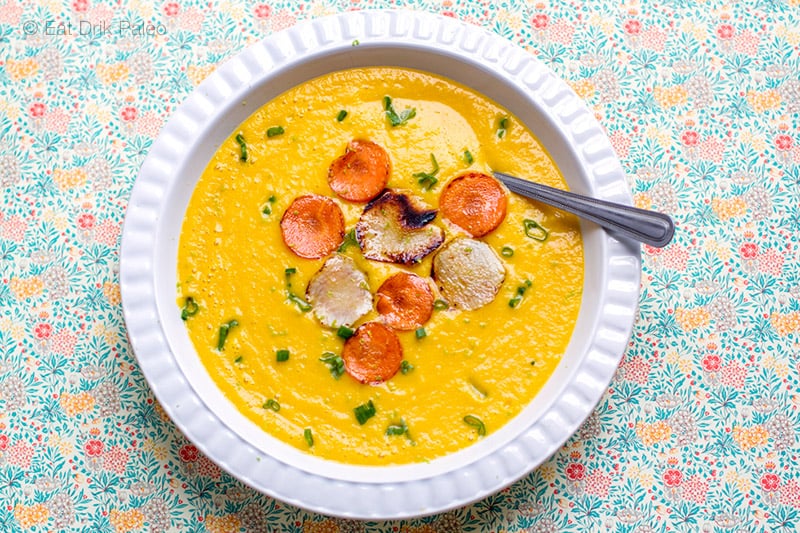 Today’s soup is a marvellous fusion of two nutritious root vegetables – Jerusalem artichokes and carrots. It’s the more sophisticated sibling of the pumpkin soup – nutty and savoury with a more complex flavour.  Great in summer and winter, this soup is a perfect light meal in itself or can be served as a dish in a two-course dinner. Make a large batch and freeze for those cold, lazy nights, or when you need a little cleanse.

What is Jerusalem artichoke? 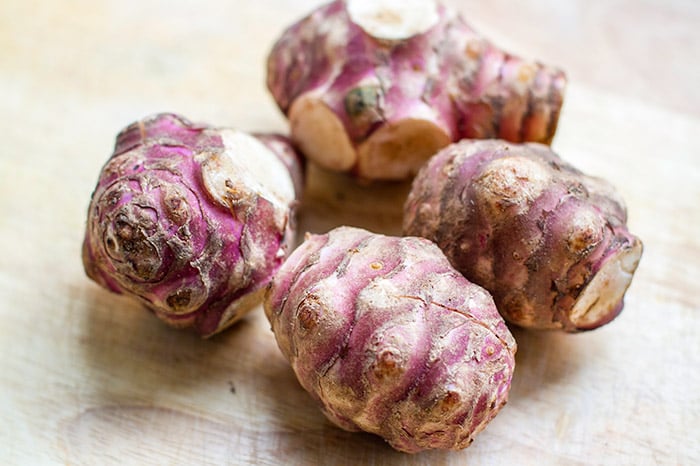 Jerusalem artichoke is also known as sunchoke or sunroot, and it looks like a large ginger or turmeric root. It’s actually a type of sunflower, which is called girasole in Italian and sounds similar to Jerusalem. Other than that, this plant doesn’t have much to do with Jerusalem the city…or the Globe artichokes.

Behind the lumpy and brownish skin, the artichoke flesh is crunchy, a little sweet and nutty – similar to parsnips. You can peel and cook the artichokes in a similar way to white potatoes and parsnips – sauté, boil and mash, or roast – or you can eat them raw. Some people find them easier to peel once boiled.

It’s usually in season between November and March but can be found outside of those months as well. Store Jerusalem artichoke in a cool, dark place for up to 10 days. You can replace it with white potatoes, parsnips, salsify or pumpkin.

What’s good about this soup? 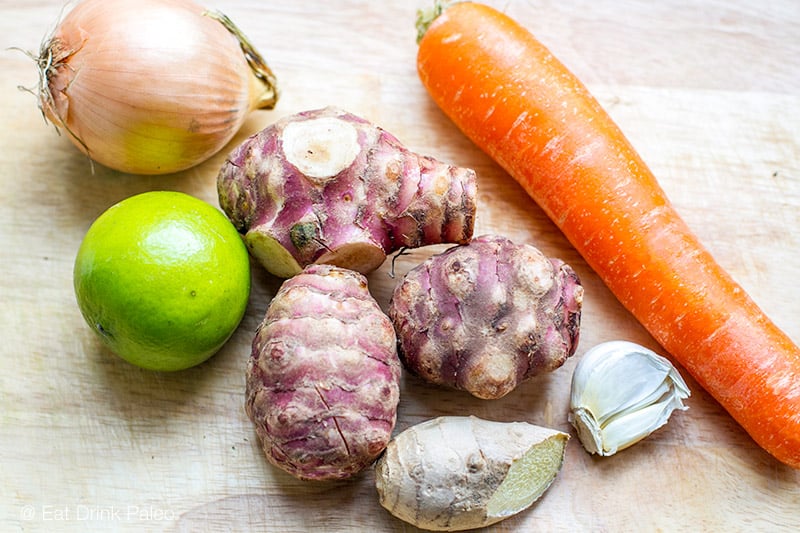 Jerusalem artichoke is high in thiamin (B1 vitamin), which is involved in carbohydrate metabolism and is needed for proper functioning of the nervous system and the muscles. It’s also high in iron (100 grams of raw Jerusalem artichokes provides almost a fifth of the RDI for iron), and potassium (more than bananas) that is essential for good health, heart and muscle function.

Together with chicory root, Jerusalem artichoke is one of the highest sources of prebiotics. Prebiotics are a specialised plant fibre that nourishes and promotes the growth of the good bacteria in the large bowel or colon. These good bacteria have many digestive and general health benefits. Cooking doesn’t destroy the prebiotics found in artichokes. Garlic and onion used in this recipe are also excellent sources of prebiotics.

Read more about the best foods for gut health here.

Even though Jerusalem artichoke is a starchy tuber, its glycemic index is on a lower side, making it an excellent carbohydrate choice.

Carrots are high in beta carotene and other phytonutrients, while the healthy fat of coconut oil and coconut cream helps with the absorption of fat-soluble vitamins found in the vegetables.

Cook’s notes: If you can’t find Jerusalem artichokes, make this soup with extra carrots and parsnip or swede/rutabaga tubers. Mushrooms are also lovely in this soup. 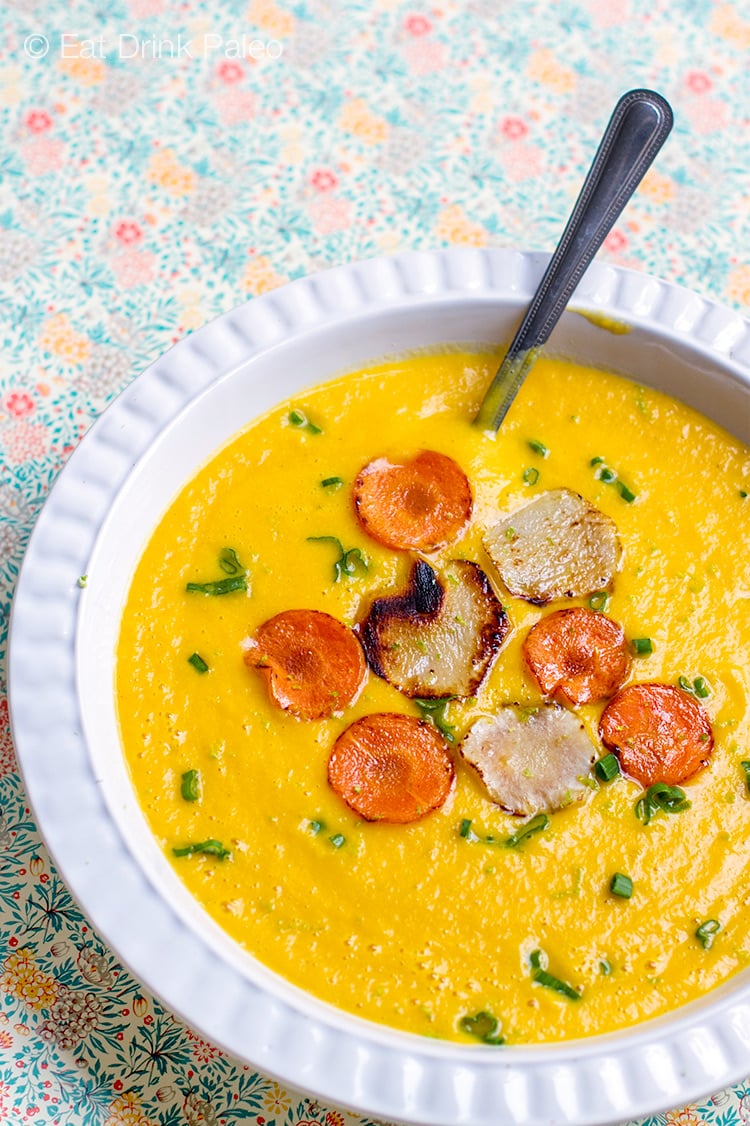 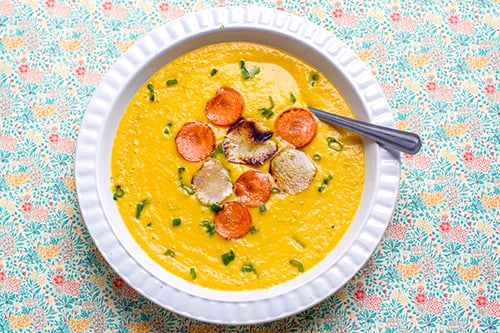