This whole roasted chicken recipe features the most delicious paleo stuffing. This dish is perfect for paleo Christmas, Thanksgiving or a Sunday roast dinner with the family. 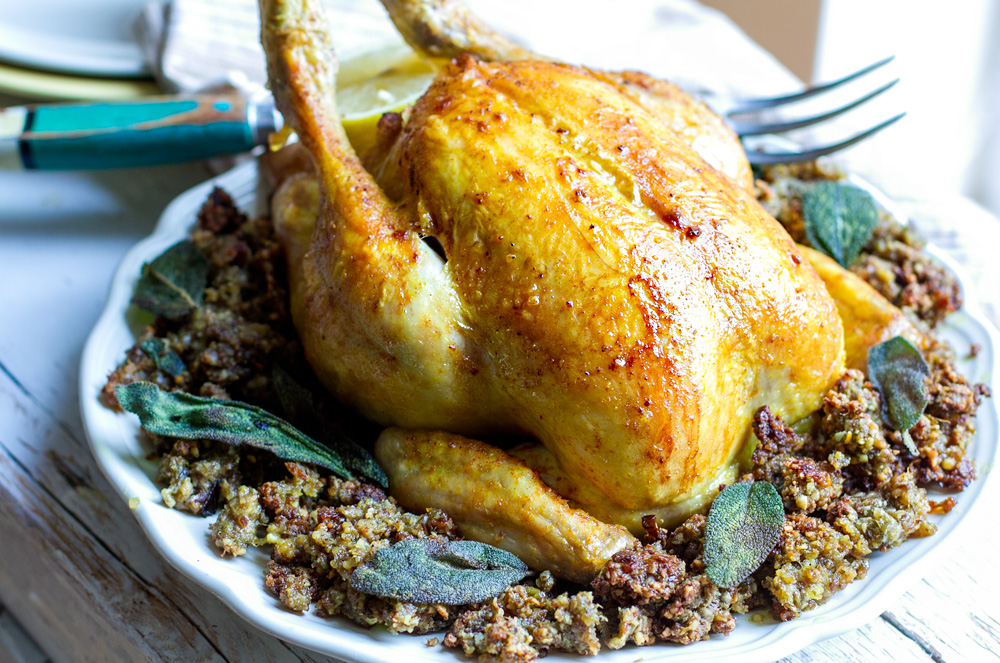 I wanted to make a special roast chicken recipe in the lead up to Christmas so I decided to experiment with some paleo-friendly stuffing. I had an idea but I wasn’t sure if it would work out as well as I tasted it in my head. It turned out even BETTER than I hoped and I am very excited to share this recipe with you. Whether you’re planning a Thanksgiving or Christmas dinner menu, or you want something a little extra special for a Sunday roast, I really hope you try out this fantastic chicken and stuffing combo.

The stuffing is made with so many delicious things – sage, bacon, leek, garlic, nuts –  that I decided to keep the chicken super simple and just focus on making it nice and moist. They pair so wonderfully together as the stuffing is just the right amount of salty with a little chewiness and crunch. I am salivating just typing about it. Serve with your favourite veggies and maybe some fluffy roast potatoes. 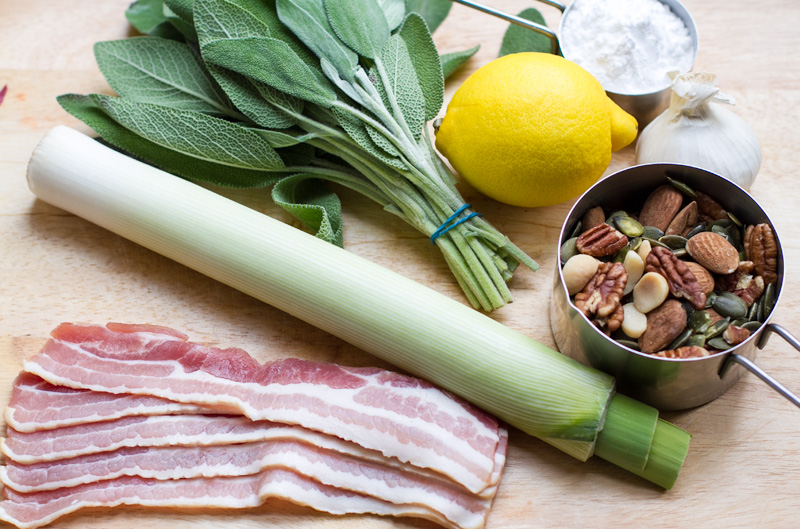 This recipe will serve about four people. If cooking it for a larger group, I recommend doing two chooks in one tray and making the stuffing in another tray. Scoop and add some of the chicken juices to the stuffing tray as that’s when the magic happens. Alternatively, make the chicken first and then while it’s resting, bake the stuffing. If avoiding nuts, use seeds instead. 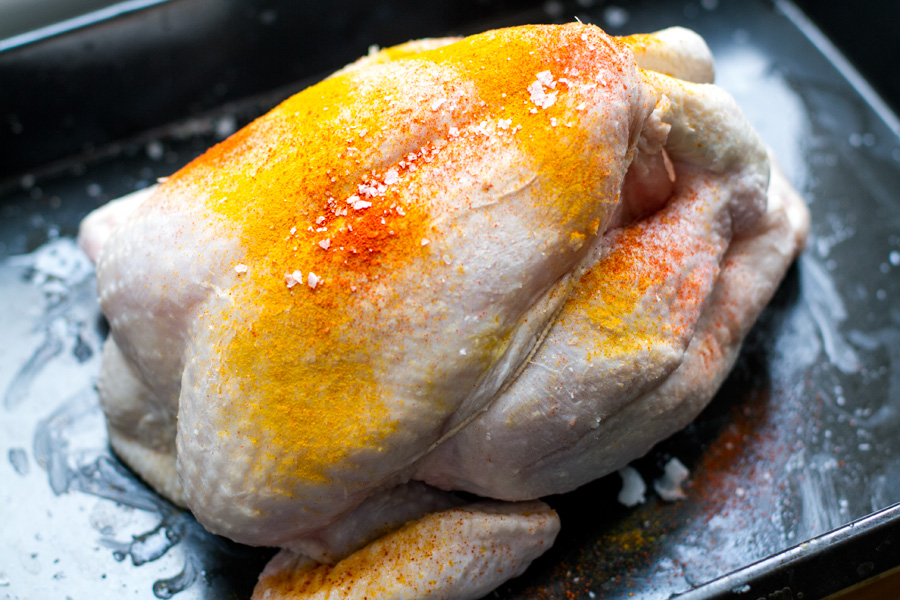 I season and rub the chicken with coconut oil straight in the baking tray so it gets greased at the same time. You can use a butcher’s string to tie the legs and thighs closer to the body. This is totally optional as you will still have a lovely chicken if the legs stick up in the air. 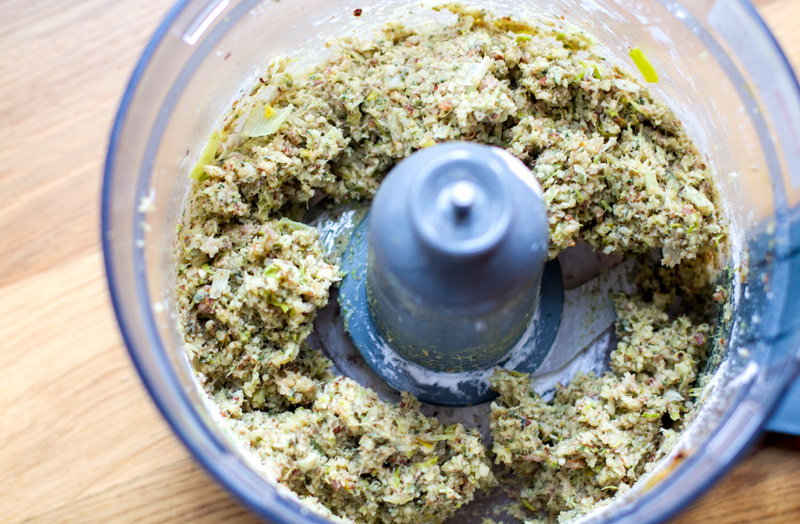 This is what the stuffing looks like once you’ve added and processed all the ingredients. You could try chopping everything by hand but it’s much much easier with a food processor. 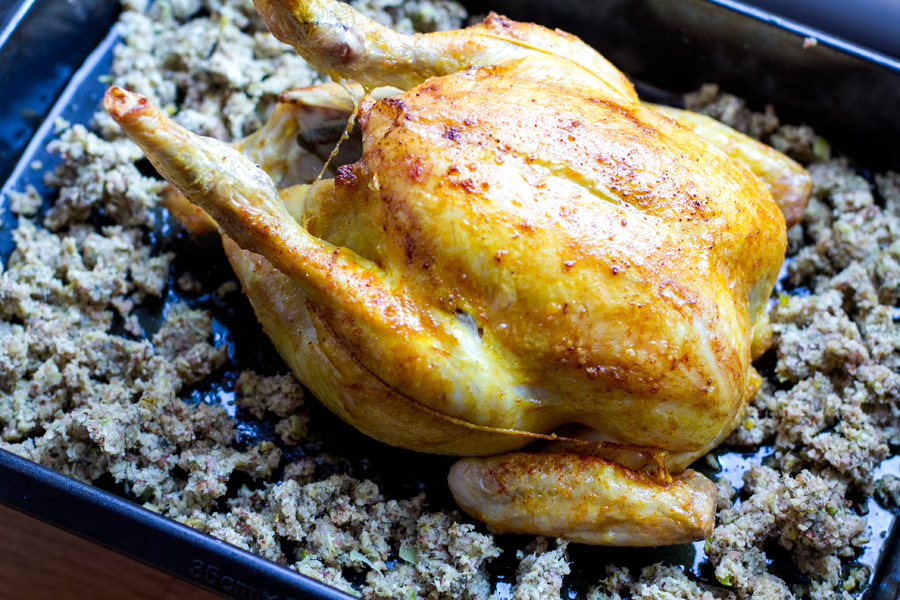 As you can see, my chicken legs actually popped back out after 45 minutes of cooking. The skin is starting to get nice and golden and the juices are dripping into the tray, just in time for our stuffing to go in. 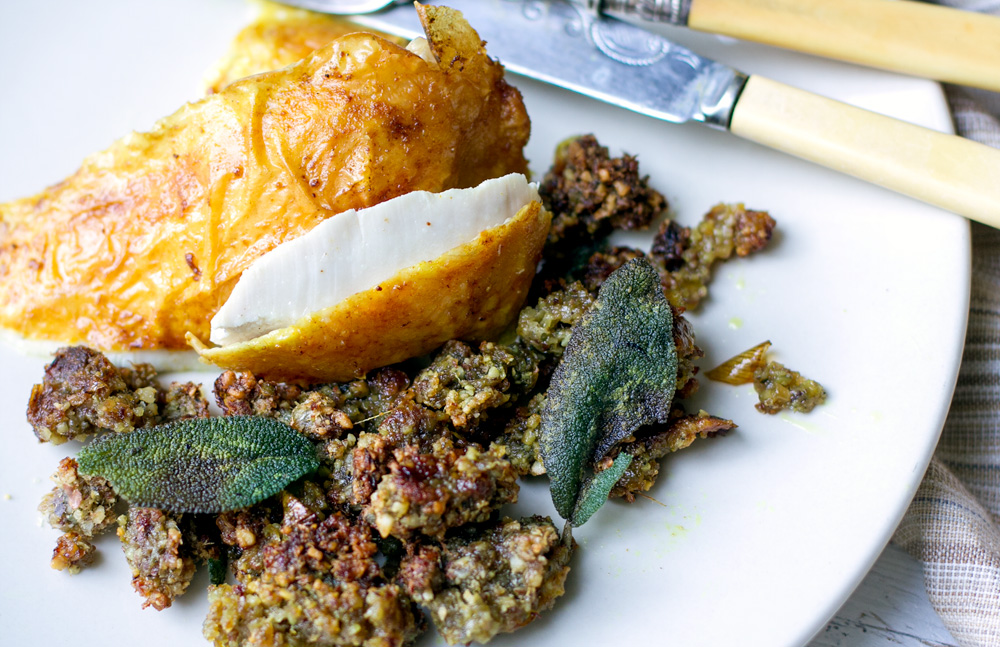 The stuffing is salty and full of flavour and pairs beautifully with the milder taste of chicken meat. Truly delicious! 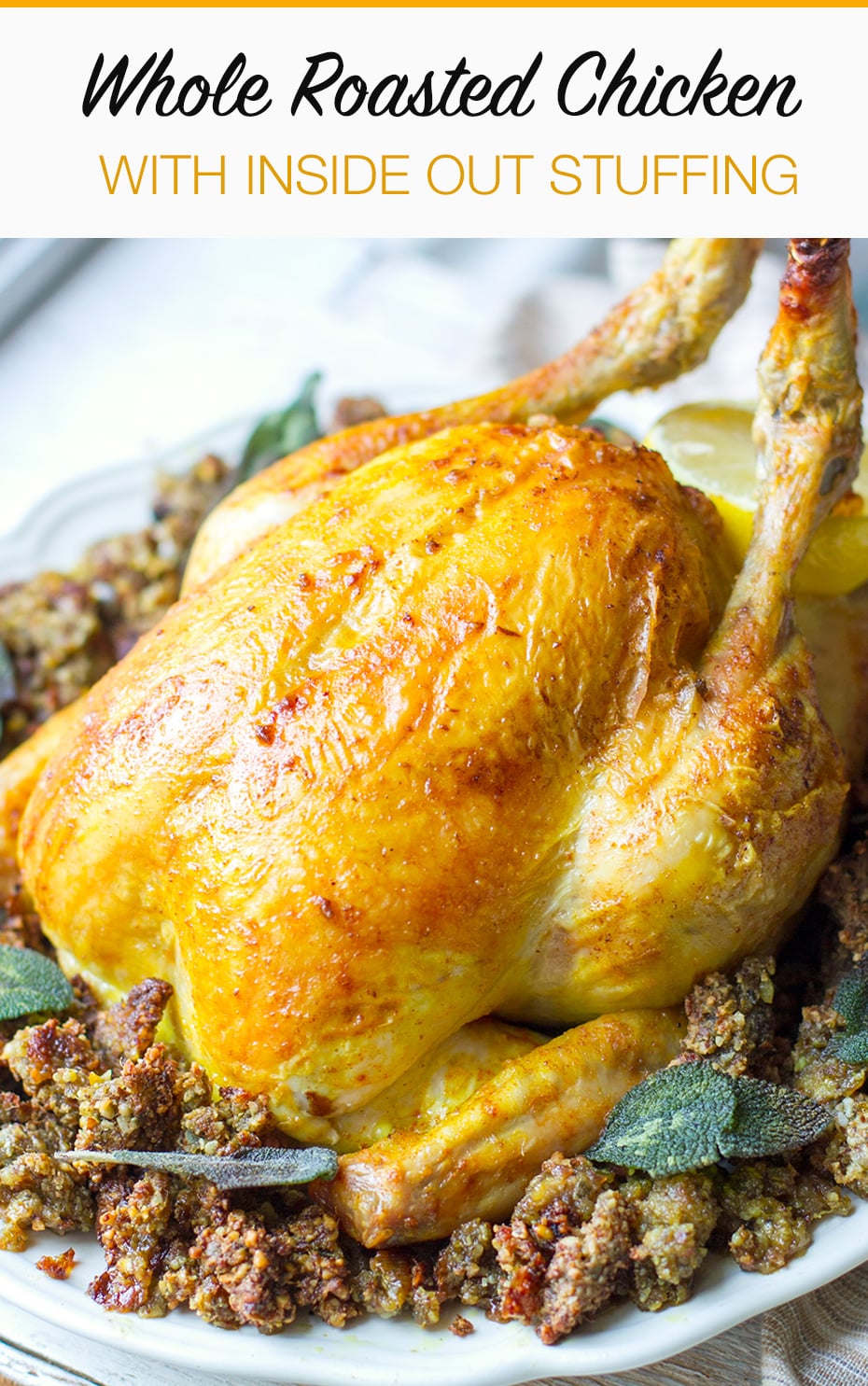