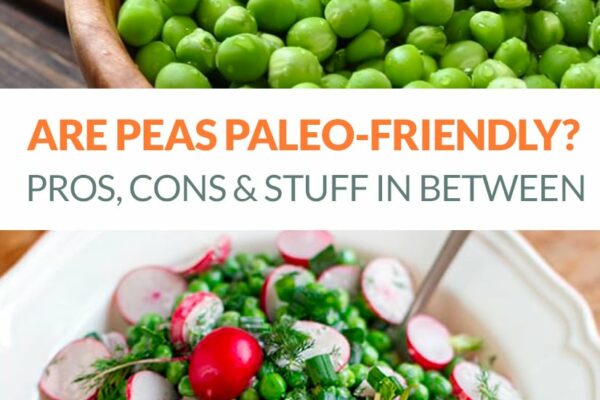 Here is a question I get asked relatively often: “Are green peas paleo?”. In this post, I am going to talk about why green peas or garden peas are often included in the paleo diet, their nutritional profile, how to reintroduce them after a paleo reset and any caveats you should know about. 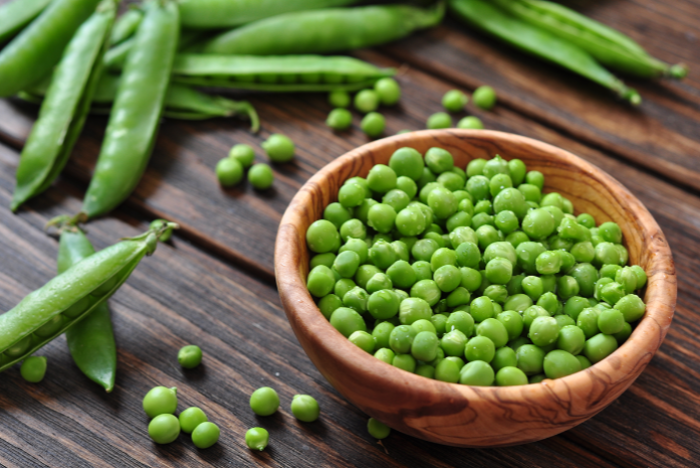 Green peas – as well as peanuts and corn – are one of the foods many people don’t actually classify correctly. Many folks think green peas are a vegetable and it’s not surprising. First, there are a few types of peas to consider. Some are sold alongside other fresh veggies in the produce section, while the frozen ones are lumped in with broccoli and carrots.

Second, they’re light, green, and plant-based. They’re practically a vegetable. Botanically, it’s the seed of a pod fruit. Deep down, the pea is a legume. Thus, it’s technically ‘not paleo’ but there is more to green peas than meets the eye.

Most of my readers would know that I have a flexible approach to paleo and that is also reflected in my free paleo reset program, which emphasises the importance of reintroducing foods to get to know your body better while also expanding the variety of healthy foods you can be comfortable eating.

Fresh peas from the pod or frozen fresh peas (rather than mature dried peas!) are one of those foods. For some, they can be difficult to digest, but for many, this is one of the least problematic legumes out there. These also include snow peas and snap peas (perfect for those stir-fries and salads). For the most part, the latter two are widely accepted as paleo foods.

Today, we’re talking about the singular, round, green garden peas. Let’s talk more about the pros, the cons, and what you should know if you want to reintroduce peas to your diet.

You might also be interested to read my posts on the paleo diet and buckwheat, white rice, quinoa, amaranth, oatmeal, and miso.

1. The nutritional profile of green peas 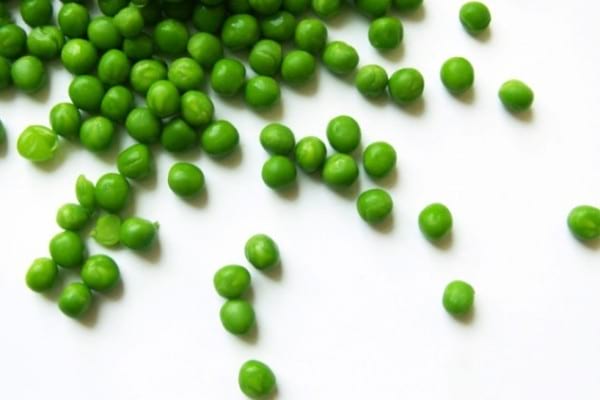 I’ve already made it clear that peas are a legume, but they are a little different. More often than not, they’re considered a beautiful green spring vegetable – a slightly starchy veggie, but a veggie nonetheless. Let’s take a deeper look at the nutrition hiding out in this tiny and tasty green spheres. Here is what you’ll get, approximately, per cup of cooked fresh peas, ordered from the highest concentrated nutrients to the less concentrated.

Not to mention, peas – like many legumes – are a great source of plant-based protein. A single cup offers up 15% DV or around 8 grams with has a nearly complete amino acid profile.  A cup of peas also provides nearly 9 grams of dietary fibre which comes out to an impressive 35% of required daily intake and is great for your gut flora.

These little guys are loaded with important B vitamins and necessary minerals like copper and magnesium. Moreover, it’s one of the best plant food sources of vitamin K. Like all legumes, peas are naturally gluten-free which puts them a step above some other sources of plant protein.

Peas are slightly starchy with plenty of energy coming from carbohydrates. You’ll get about 25 grams of carbs per cup, but balanced with fibre to slow down how quickly they hit the bloodstream, these are the “good” kind of carbs. As such, peas are very low-glycemic food which means they are healthy for people who need to manage their blood sugar more closely. They come in at a very low 6 on the scale!

2. Other benefits of green peas 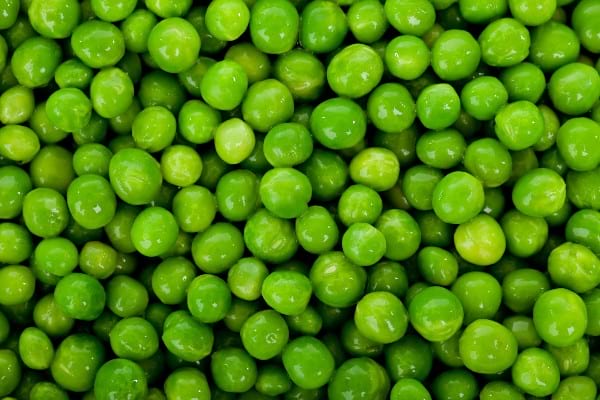 I think it’s time to give some credit where credit is due. Just seeing the nutritional value of peas is inspiring to say the least. The paleo diet provides an incredible framework for people to heal, lose weight, and get to know their bodies. When it comes to bending the rules, the exceptions I make are for the truly good stuff! Hopefully, it’s somewhat clear to you now why I’m #teamgreenpeas.

Beyond the numbers, there is a world of positive side effects to including this little plant wonder. After a more strict paleo reset plan, bringing new foods into the diet is fun, exciting, and above all, an invaluable learning opportunity. Here are some additional benefits that reintroducing peas during your journey can bring on, and why I recommend them.

PEAS ARE lower in phytates than other legumes

Phytates are antioxidant compounds that can reduce the bioavailability of the nutrients found in food. Most notably, phytates bind to iron, manganese, and zinc, slowing or diminishing absorption. Phytates are naturally found in most plant foods but are especially high in all grains, legumes, nuts, and seeds.

To combat this issue, we can soak and sprout our foods prior to eating them. Combined with the cooking process, we have the power to significantly reduce phytate/phytic acid content. A serving of cooked garden peas only contains around 158 mg oh phytates after being cooked which is very low compared to other legumes. This is mainly because peas are usually consumed fresh and before they’ve matured.

Peas are lower in lectins than other legumes

Lectins are a protein found in plants that can damage the integrity of our gut leading to digestive and immune issues. Not only do the fresh peas have a lower lectin content than most legumes; the lectins they do indeed contain are less likely to bind to the walls of the intestines because they’re so unstable. This means that they’re basically destroyed upon cooking, which ultimately means less problematic reactions or long-term side effects.

PS. Consuming the pod in addition to the seed reduces negative side effects

With other legumes, we don’t also consume the pod. Eating something fresh versus dried makes a massive difference which is why these statistics don’t also apply to dried green peas or split peas. The unripe, pod and pea combination is nutritious, rich with micronutrients (as demonstrated above), and much more similar in composition to green veggies like broccoli or cabbage than a black bean or a lentil.

Peas are a fabulous source of plant protein

Plant protein is always welcome. Protein – especially in addition to fibre – can be great for weight management helping us to feel satiated after a meal and stay full for a long time to come. Considering peas are 17% protein and a cup provides 35% of the daily recommendation for fibre intake, you should be in good shape.

Peas are relatively low in carbohydrates

Not everyone adheres to a low-carb diet, but most paleo eaters are inherently consuming a moderate carbohydrate diet between 50-150 grams per day. Peas are easy to fit into the number that works for you, whereas eating traditional legumes like chickpeas and kidney beans can throw you off. Again, they resemble a veggie more than a legume both aesthetically and nutritionally. This means that peas are often suitable even for folks with shaky blood sugar, diabetics, and insulin sensitivity.

Peas are a great source of bioavailable iron

Many people struggle to get enough iron or with chronic iron deficiency (anaemia). Most iron-rich foods are from animal sources. If you’re trying to cut back on meat intake, peas, as well as pea protein supplements, can help to boost iron for significant health benefits and fewer anaemic symptoms.

3. What to watch out for with peas 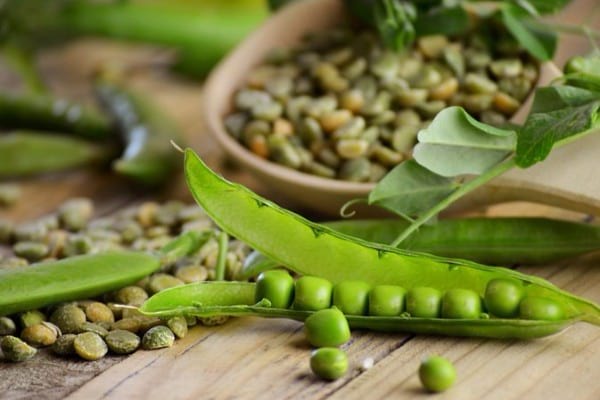 You can’t have rainbows without the rain, and no food is perfect. Peas are a good addition in moderation to your paleo diet if you tolerate them. Before and during reintroductions, it’s best to become more familiar with some of the reasons why we avoid peas in the first place, and some of the reasons why peas may not be right for you at all.

4. How to use garden peas in your diet (if you choose to do so) 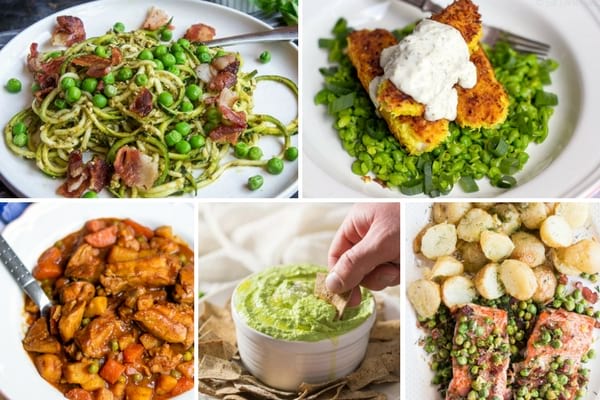 If you choose to reintroduce peas as they are one of the safest and least problematic foods to include in a modified paleo diet, I’d love to share some of my favourite inspiring recipes.

You can find sugar snap peas or snow peas still in the pod which work great for stir-fries and many other dishes. If you look for individual peas outside of the pod, I highly recommend purchasing frozen peas. Canned peas are much less nutritious and more likely to contain additives. Plus, they will be much higher in sodium.

Frozen peas retain almost all of their nutrition considering they are par-boiled then flash frozen. Many frozen veggies are actually just as nutritious – if not more nutritious – as their fresh counterparts.

Ah! There’s just something about peas and bacon. I hope you understand peas a little better with this feature piece on common paleo “grey area” foods and healthy, responsible, effective reintroductions of foods. If you have any questions, make sure to ask. 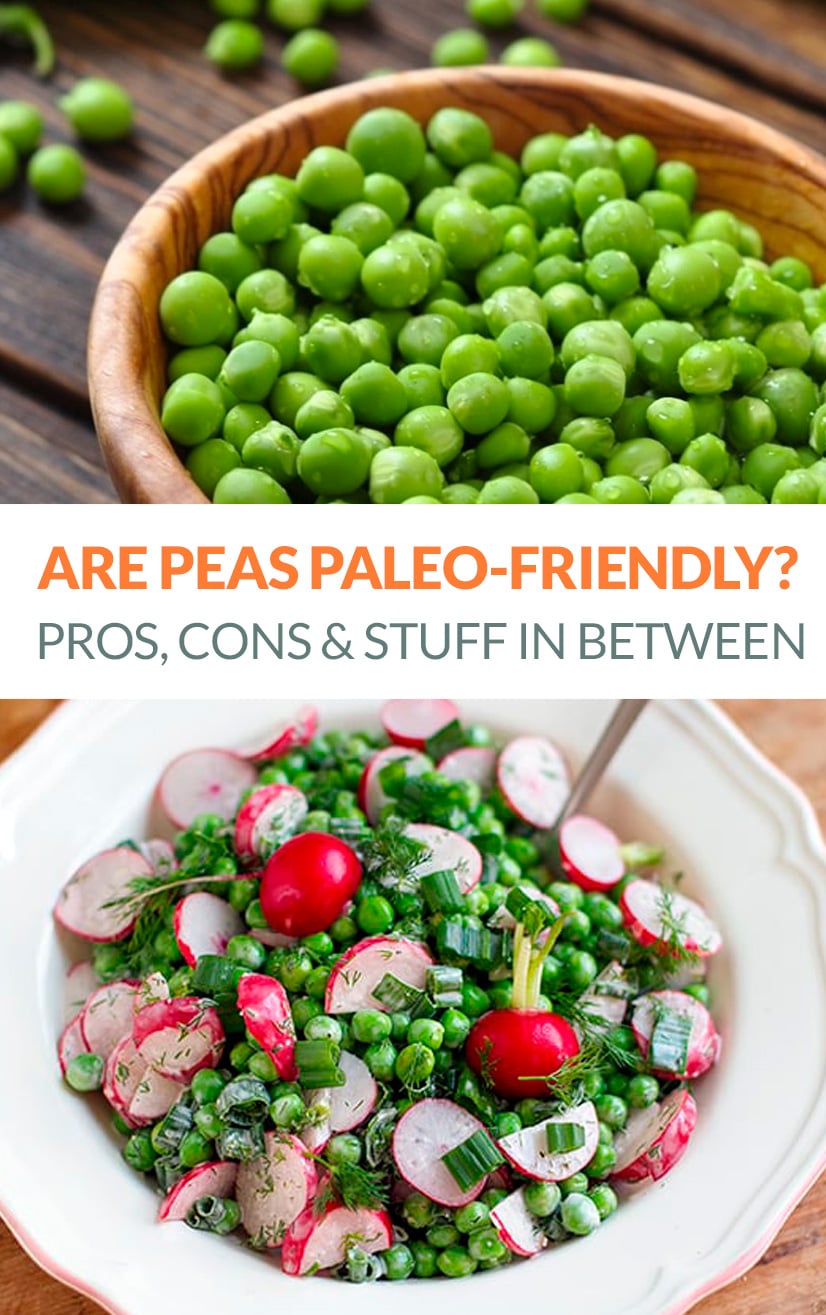