What is amaranth and its nutritional benefits? Can amaranth be a part of a modified paleo diet? Plus, how to use and cook amaranth if you choose to include it in your eating plan. 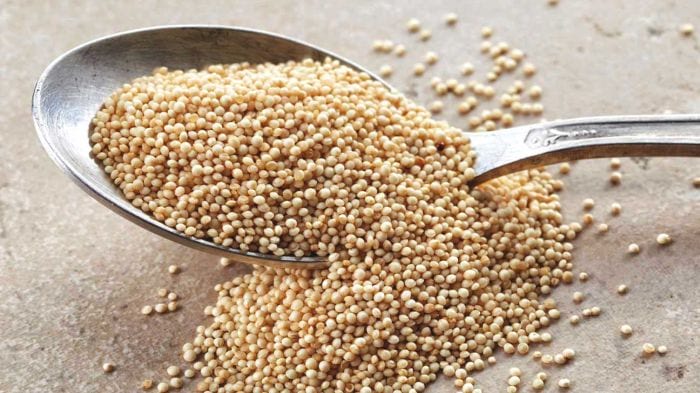 In some of my recent posts, I shed light on some of the safest and most beneficial reintroductions of foods you can do on a modified paleo diet. These grey area foods are eliminated entirely on a strict paleo diet, but I like to emphasise the importance of sustainability, variety, and bio-individuality when it comes to maintaining health long-term. As well as buckwheat, quinoa, white rice and hemp seeds, I’ve decided to include amaranth in the list of these foods.

So, what is amaranth? It’s a ‘grain’ that has been cultivated for upwards of 8,000 years by the Aztecs. Even if you’ve never heard of it, it’s been around for quite some time now, and I like to think it’s making a big comeback. Like buckwheat and quinoa, amaranth is a pseudocereal grain, and it’s grown for its starchy seeds.

The nutritional profile of amaranth 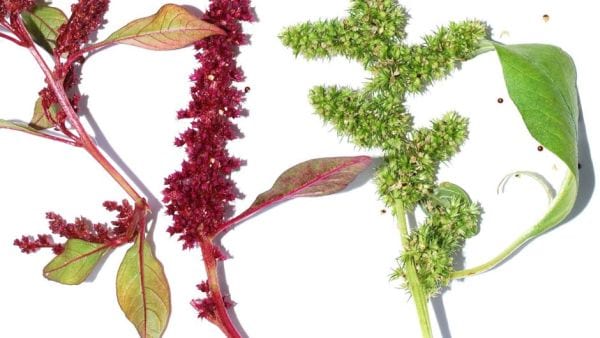 When it comes to the reintroduction phase of your personal paleo journey,  I like to recommend it to folks to occasionally include in non-paleo recipes. That’s because of its nutritional profile, sustainability, affordability, and versatility. Let’s chat about what a typical serving of amaranth looks like and how it stacks up.

One cup of cooked amaranth  has 252 calories, 4 grams of fat, 10 grams of protein, 45 grams of carbs (including 5 grams of fibre),  and it’s high in the following nutrients:

As you can see here, amaranth contains tons of important vitamins and minerals that are easily available for use by our bodies when prepared correctly (and we’ll get to those details down the road). Most notably, amaranth is an amazing source of magnesium, calcium, phosphorus, vitamin B6, folate, manganese, and selenium. Some of these are quite difficult to get – especially selenium!

This is one of the primary reasons I really encourage paleo eaters to step outside the box and practise reintroducing different foods. While I do believe a strict paleo diet is one of the most nutrient-dense ways to eat, there are more possibilities when we can include more foods. Sometimes, those foods just so happen to be grains or grain-like ingredients.

Another thing I love about amaranth – and something that needs to be taken into consideration with any grain – is its low glycaemic index. It comes in at a very low 21 out of 250 on the scale which means it has less impact on blood sugar which won’t send you into severe spikes and drops. It’s also a decent source of plant protein, including some important amino acids such as lysine. This makes amaranth a stable source of long-lasting energy derived from carbohydrates, which is great for someone who could use the boost or who wants a few more plant-based sources in their diet.

The benefits of amaranth 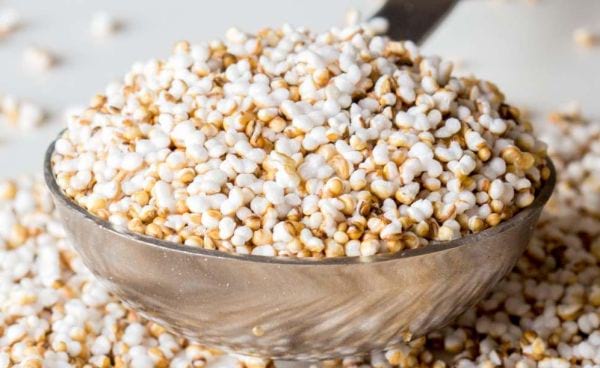 Now that we know more about what amaranth is truly made of, let’s discuss some of the reasons you might want to eat it. No food is without its negatives and positives, but for now, let’s focus on the latter. Grains can add a lot of substance to a diet. Many folks are hesitant to take on a strict paleo diet because the abundance of fresh food required to sustain energy can be quite expensive. By being able to supplement with healthy grains that provide us with essential nutrition and uphold vibrant health, we can save some money without sacrificing the beneficial aspects of eating real food.

What to watch out for with amaranth 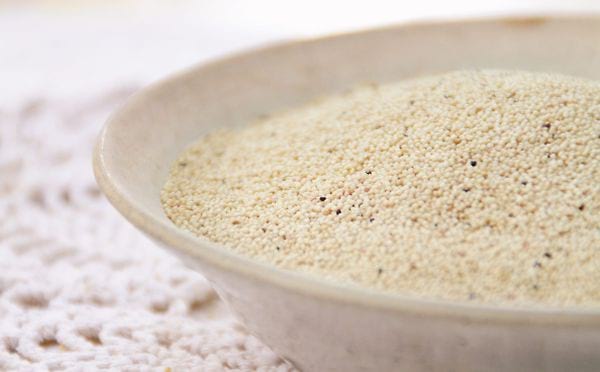 With reintroductions, it’s important to be careful and mindful of the potential interactions you could experience. Everyone is different, thus everyone will have different success levels with grains. Moreover, that will vary from grain to grain. Let’s discuss some of the potential interactions of amaranth in particular so you know how to prepare it, and if it’s not working out for you.

How to use and cook amaranth

If you’re at a comfortable stage of your elimination period with the paleo diet and you want to branch out, perhaps amaranth appeals to you. This nutritious grain can be used in a multitude of ways, and can always be used as an alternative to rice, quinoa, buckwheat, or any other grain in similar dishes. You can purchase raw amaranth in most health food stores and online, such as on Amazon.

To cook amaranth, use a ratio of 1 +1/2 cups liquid to 1/2 cup amaranth. (yield: 1 + 1/2 cups cooked.) Place amaranth and water in a small saucepan, bring to a boil, then  Bring reduce heat and simmer, uncovered, until water is absorbed, about 20 minutes. You can then use the cooked amaranth in salads, in porridge, as a side dish or as an ingredient in other dishes. Here are some recipes to inspire you.

There you have it! Do you include amaranth in your modified paleo diet? Let me know about your experiences. If you’re looking to enhance your knowledge of what foods work best for you with me as your guide, consider checking out my 8-week paleo program which includes a reset and reintroduction phases and more information about this pseudograin and more. 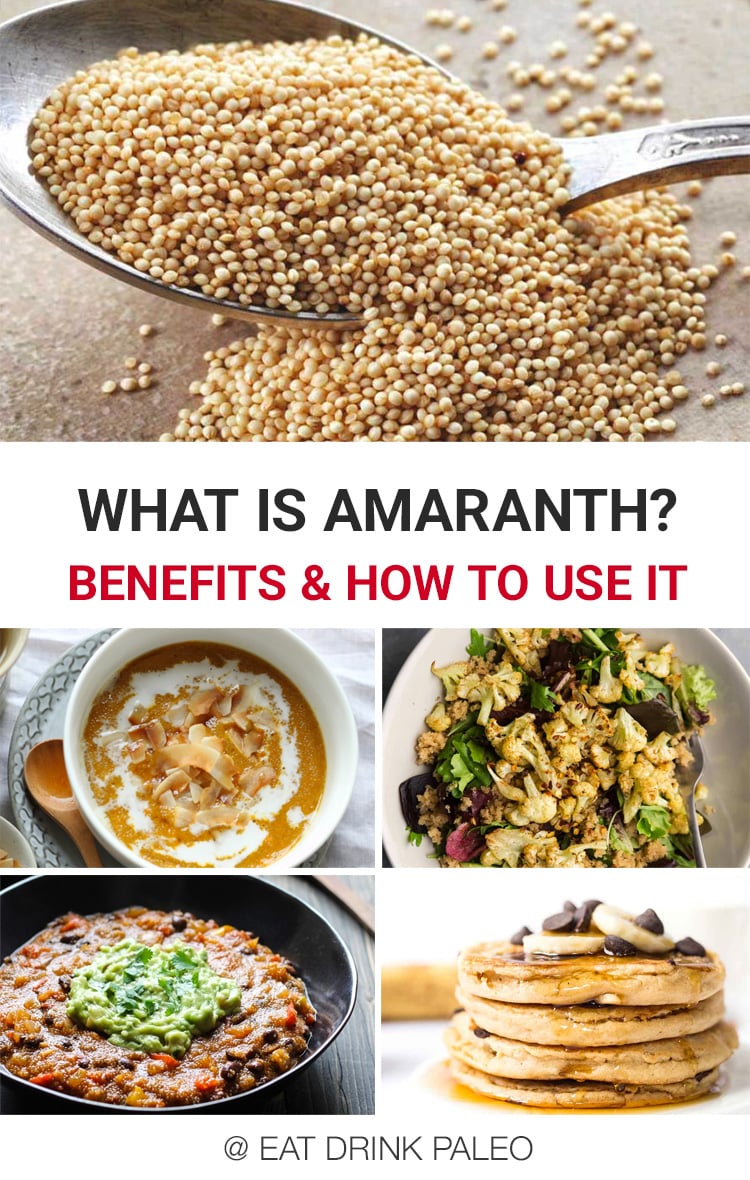