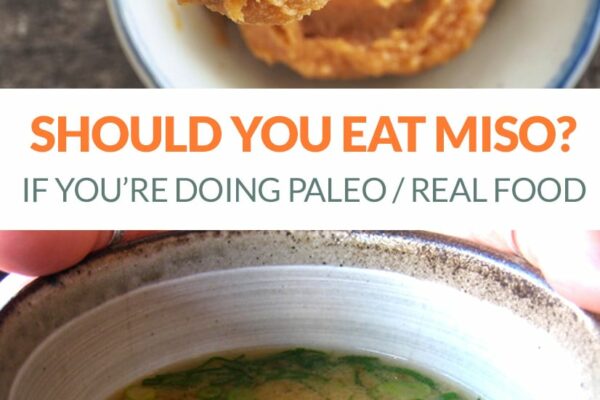 Soy and soy-derived products are heavily debated in the health industry. And while some soy foods have studied health benefits, there are also many downsides depending on who’s consuming it (read this post to learn more). So, are all soy products bad?

Personally, I’ve always enjoyed fermented soy foods like tempeh and miso. And, when I was stricter with my diet, I wondered ‘Is miso Paleo? Could I still have it in my diet?’.  I did a bunch of research and decided that I would still include fermented soy in moderation. Here, I explain why I include miso in my diet along with my favourite miso eggplant recipe. 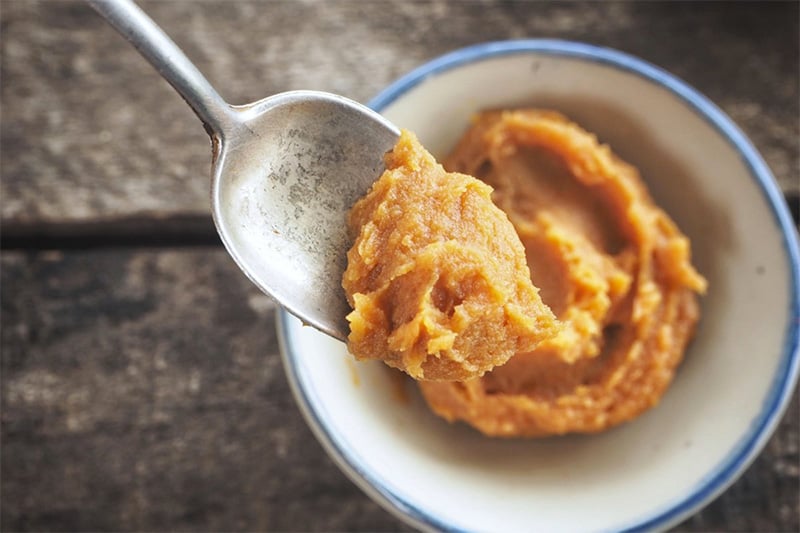 Having read a lot about processed soy products and the havoc they can cause in our bodies – read this and this and this – I naturally try to avoid them. Except for a few soy-based ingredients, which pass my nutritional acceptance test. These are naturally fermented soy foods such as tempeh, natto and miso.

The reason these particular soy products are not as harmful as tofu or soy milk is that they are produced through a fermentation process, which makes them easier to digest and reduces the number of present anti-nutrients such as phytates and lectins. Fermentated foods also contain beneficial bacteria, which are great for gut health and microbiome diversity.

Foods such as miso and tempeh are rather healthy and nutritious: great sources of probiotics, high levels of isoflavones (cancer preventative compounds), good amount of protein (especially tempeh), minerals and vitamins (especially Vitamin K in miso and B12 in tempeh).

An important thing to remember about fermented soy products like miso or Tamari soy sauce is that you rarely have to use a lot of them. The flavour is so concentrated that a tablespoon here and there is all you really need, and in such small amounts, the harmful effects of soy are simply negligible unless you are particularly sensitive to it.

At the end of the day, consuming fermented soy is a personal choice, but so far I have found more pros than cons. If you’re okay with breaking some paleo rules, give it a try.

Let’s chat about miso because I really like it as an ingredient. I think most of you are familiar miso as it’s easily obtainable from Asian grocers and health food stores and you might have at some stage eaten miso soup at a Japanese restaurant.

So, WHAT IS MISO?

Miso is a traditional Japanese seasoning – usually, a paste – that is made from fermented soybeans, salt, koji (this is a fungus that acts as a starting culture) and other ingredients such as rice, barley or buckwheat.

Miso has a very complex flavour – savoury and rich – often described as umami (also known as the fifth taste after salty, sweet, sour and bitter). Basically, it makes food taste yummy and hearty, and of course salty.

Unlike ordinary table salt, the studies have shown that miso doesn’t have the same negative impact on blood pressure (something to do with proteins and fermentation). It’s still high in sodium but it’s definitely a more nutritious way to season your food.

There are many varieties of miso depending on key ingredients and the length of fermentation. Some of the most popular varieties are hatcho (only soy), ganmai (soy and brown rice), kome (soy and white rice), mugi (soy and barley, I would avoid this if you’re gluten-free), natto (soy and ginger) and soba (soy and buckwheat). Wikipedia has a long list!

Miso has a strong, salty taste, which means that you only need to use a small amount to flavour a dish or a soup. I always look for non-GMO, gluten-free, organic varieties of miso. And of course, it should be unpasteurized (found in the refrigerated section of the store rather than in the dry pantry goods). Otherwise, all that beneficial, live bacteria that we are after are no longer present. Organic and traditional miso is not usually pasteurised.

If you see miso dash iri on the label that means that this miso is for making miso soup and has an addition of dashi or broth. Some miso may contain monosodium glutamate (MSG) and preservatives, so make sure to read the label.

HOW TO STORE MISO

As fresh miso is a living food, it should be stored in a refrigerator after opening. It contains a lot of salt so it will last in the fridge for many months. Make sure to use a clean spoon every time you use miso, as to prevent any foreign bacteria contamination.

USING MISO IN THE KITCHEN

Another thing about miso is that it’s best used uncooked or only just cooked or heated as to protect its valuable live cultures. I use miso a few times a month, mainly to season sauces or to make my miso butter, in salad dressings, in dishes like miso eggplant (see below) and to add to soups right at the end.

I like to have a bowl or a mug of simple miso broth with some seaweed and spring onions on a cold day as a snack or after a sweaty workout. It’s great to bring on a hiking trip along with a Jetboil or in a Thermos. 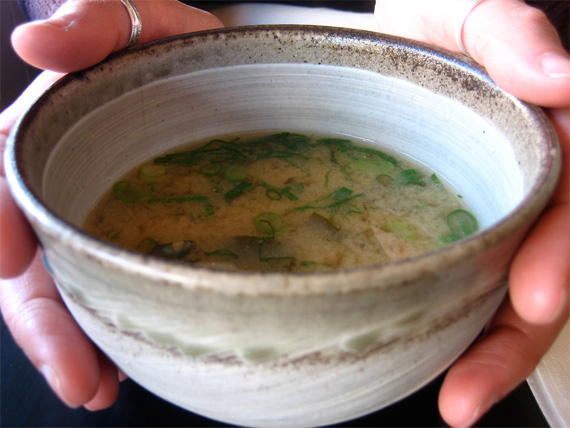 Here are some ways you could use miso paste: 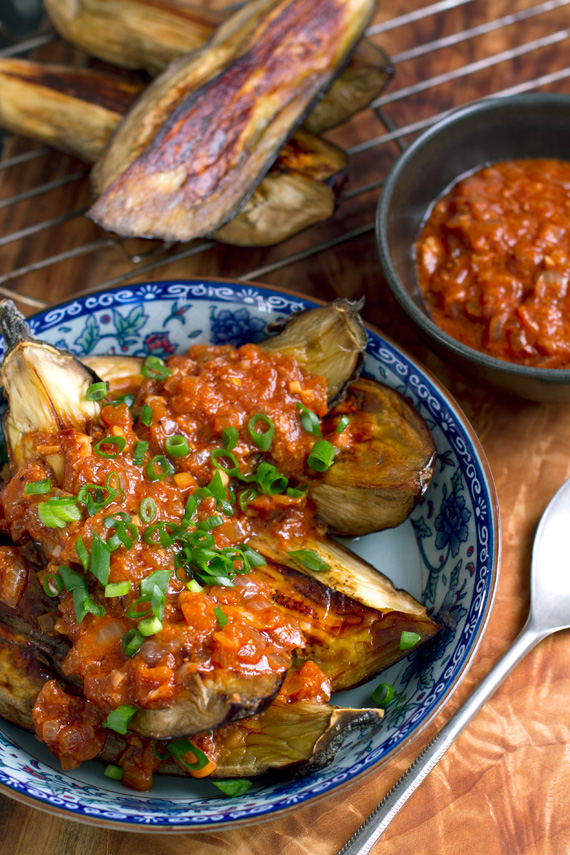 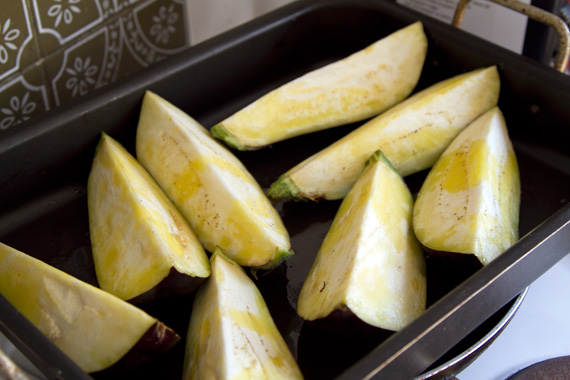 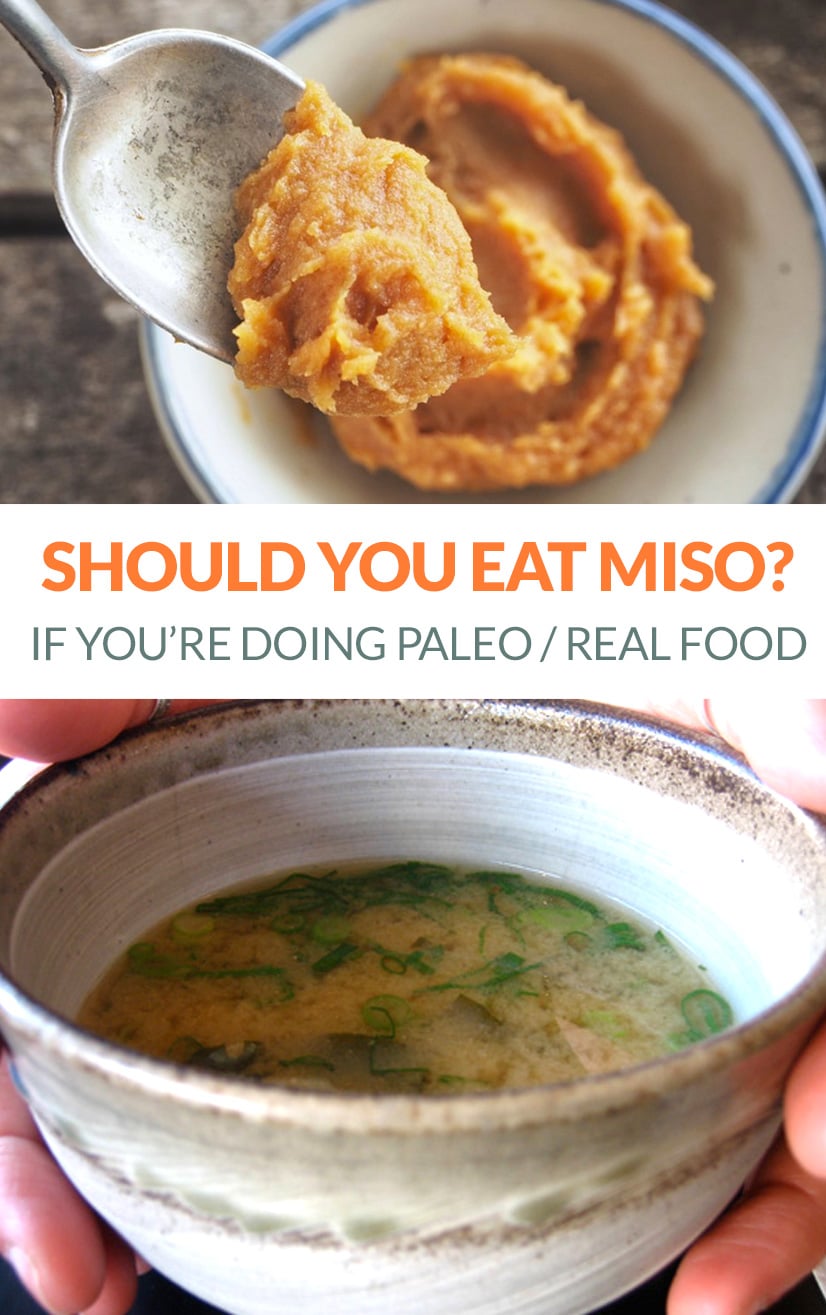