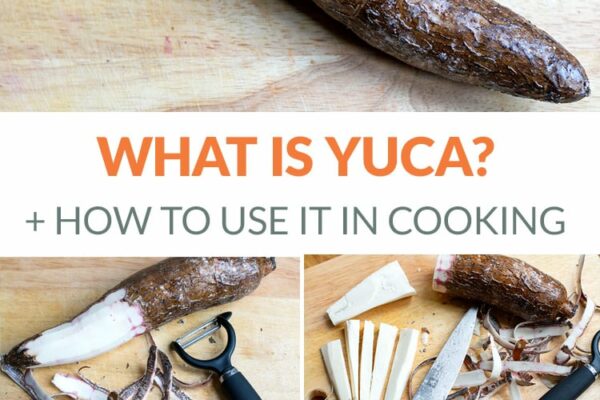 Ever wondered what is yuca? Or is it yucca? Or cassava? If you are as confused about this starchy root vegetable as I was, make sure to read this post. As a dense source of carbohydrates, it could be a great addition to the diet for those avoiding grains and legumes. Let’s check it out!

You might have seen yuca fries or a cassava mash on the menu in trendy Latin American food joints, but this starchy root vegetable is a common home cooking ingredient in many cultures around the world. 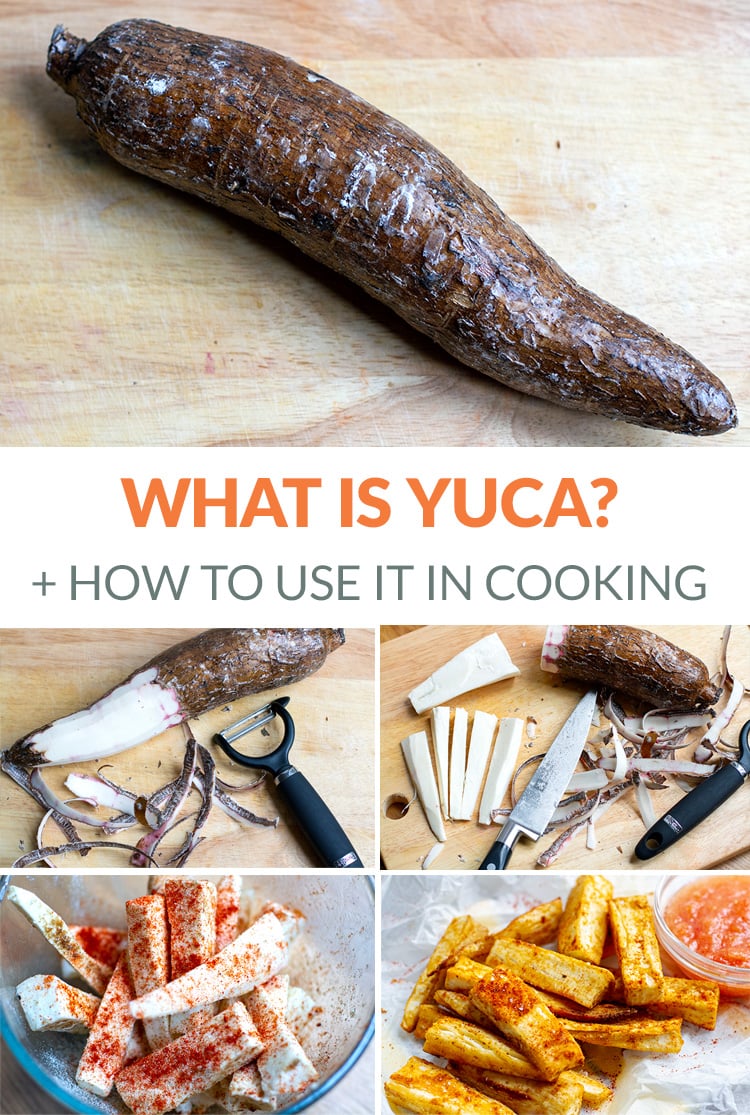 Yuca is also known as cassava or manioc. It’s a starchy tuber vegetable grown and eaten throughout South America, Asia and Africa. Ever used or heard of tapioca? Well, that’s made from the powdered flesh of yuca root, or cassava as it’s often referred to when talking about tapioca.

By the way, it’s not yucca with double ‘C’, which is actually a shrub plant.

The root varies in size but is generally long and narrow with tough brown skin and dense, creamy white flesh, a little similar in texture to celeriac and yams. It has a very mild flavour and is quite starchy in texture when cooked. It’s drier than a white or sweet potato, or other root vegetables, so it likes to be served with wet condiments and sauces.

You might have heard that cassava can produce toxic cyanide. That’s true. However, there are two types of edible yuca – ‘sweet’ and ‘bitter’ – and the amount of toxins varies between them.

What you find sold in supermarkets and greengrocers is a ‘sweet’ cassava root, in which the cyanide is concentrated near the surface and after peeling and normal cooking, the root flesh is safe to eat.

The ‘bitter’ kind has this toxin throughout the root and needs to undergo extensive grating, washing and pressing to remove this substance. Those are usually used to make tapioca flour and other cassava products. Again, after the processing, those are also safe to eat so don’t throw away that bag of tapioca flour.

Although yuca is super starchy, it’s actually about 30 per cent carbohydrates. A 100-gram portion of cassava or yuca contains around 38 grams of carbs, compared to 80 grams in rice or 70 grams in wheat. It’s low in protein and is not exactly nutrient-dense but it does have significant amounts of calcium, vitamin C and some B vitamins, such as folate.

The cool thing is that it’s pretty sustainable food, highly drought-tolerant and can grow well in areas where other crops might not survive, hence its popularity in Africa. I think of it as a carrier for other more nutritious foods and as a non-inflammatory source of energy and carbohydrates that can add some variety to a grain-free or paleo diet.

How to cook with yuca?

Yuca is a bit like white or sweet potato but more dense and starchy. After peeling, it can be boiled, steamed, baked, fried or mashed and eaten on its own or added to other dishes. One of the simplest ways to enjoy it is in a form of baked fries to check out my recipe for Baked Yuca Fries with Catalan Tomato Sauce. 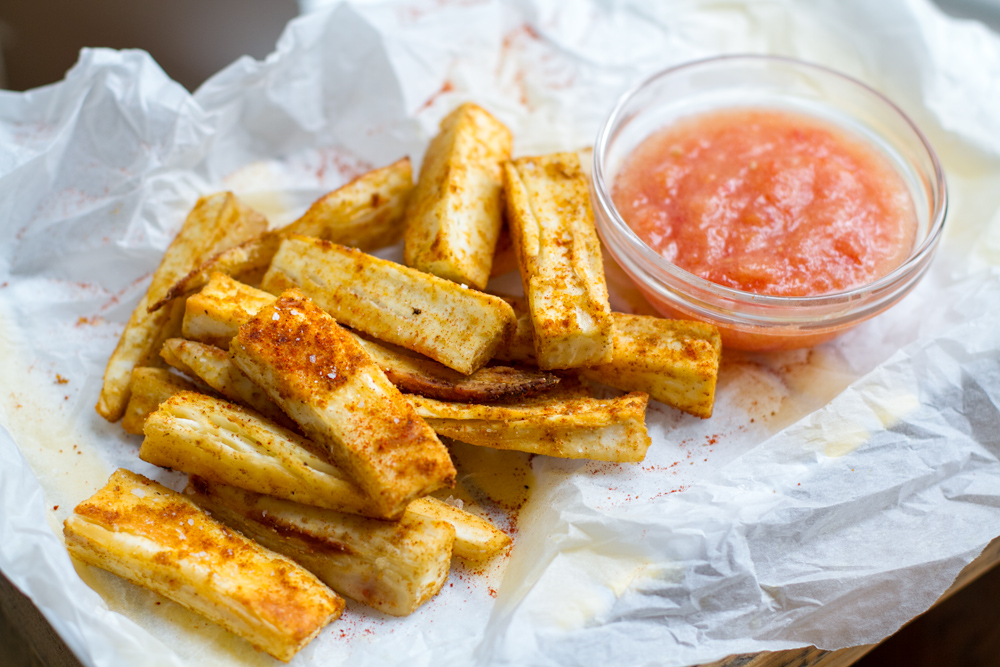 Yuca root can be bought fresh or frozen, depending on where you live. Ask your local greengrocers if they stock it, and perhaps also mention cassava and manioc in case they use those names instead. African, South American and Asian grocers are also very likely to have it.

Look for firm blemish-free tubers. Store whole yuca root as you would potatoes, in a cool, dark, dry place for up to two weeks. You can also peel the root and cover with water and refrigerate for a few days, or wrap it tightly and freeze for several months.

You turn! Have you ever cooked with yuca root before? If so, what is your favourite way to use it? Leave a comment below and don’t forget to share this article.