There is a pretty strict set of rules throughout most paleo programs but it’s not just about what you’re eating or not eating. I want people to focus on changing the language they use to reflect their ever-growing healthy bodies and minds.

Thus, there are a few terms I like to avoid entirely including ‘failure’ and ‘falling off the wagon.’ I call these the ‘F-words,’ and they’re out of the picture. Instead, I encourage my program participants to use the term ‘speed bump.’ 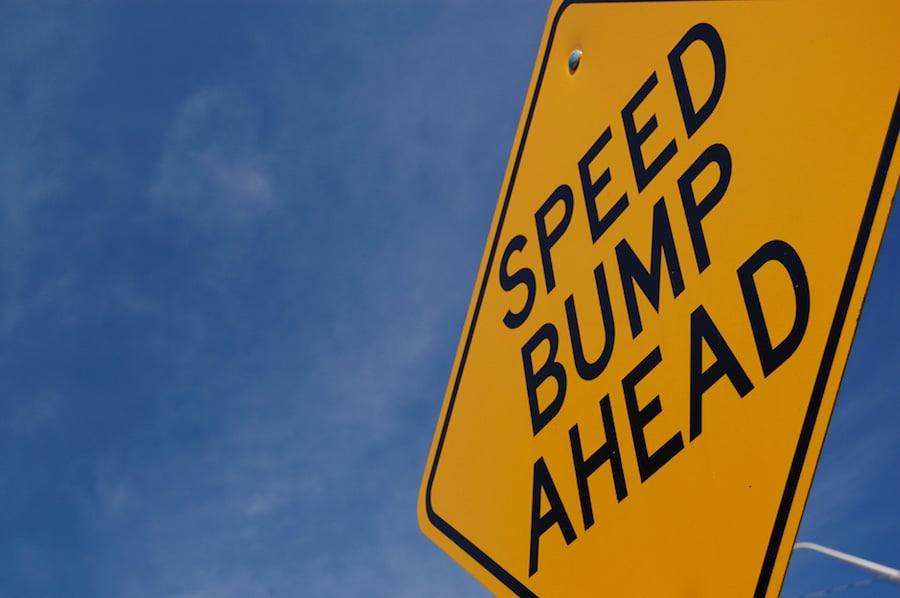 In the instance of deviating from the meal plan, stress or emotional eating, a sugar binge, or less-than-stellar food choices in general, a speed bump encompasses exactly what it is – something we get over! Sometimes, it can be a little rough and even catch you by surprise, but you don’t have to stay slowed down. You can pick up and keep moving forward.

While you can change the words you use, how do you change your actions?

Moving past a speed bump is easier said than done, and there’s a lot that goes into why you ended up facing that hurdle in the first place, let alone how you keep pushing and prevent it from happening in the future. Fortunately, I have some great tips on how to deal with the inevitable setback, and how to use those moments when you feel defeated to grow and continue reaching your goals.

1) Remove guilt from the equation

Do you know what guilt makes better? Nothing at all. It adds a whole lot of perpetual emotion to an already uncomfortable situation, and it tends to push you into a place where you’re using terms like ‘failure’ to describe what happened. Guilt takes a blow at your self-esteem and influences the choices you make following a speed bump. I want to ensure that you’re in a positive place after a setback so that you can keep moving forward. Accept the situation and move on. It’s not as easy to do as it is to conceptualise, but it IS possible with practice.

2) Start over at the next meal 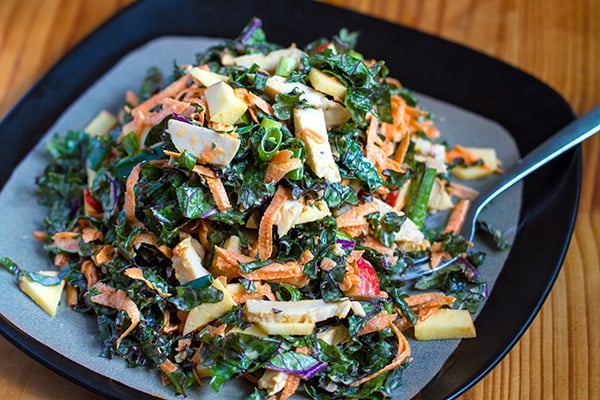 Sometimes, your speed bumps extend themselves graciously from one meal to one week. You know how it goes. It’s that, “I’ll start over on Monday” mentality, which closely ties into diet mentality. That’s a big no-no!

Feeling restricted or feeling like you’re under a time limit to squeeze in all that unhealthy eating gives you an excuse to continue with your indulgence. It’s okay to hit a speed bump that lasts a little longer than you intend it to, but keep in mind the best time to “start over” is at the next meal.

If you’re feeling uninspired to do so, head to the store and pick up some of the most colourful produce you can find. Get excited to get in the kitchen by looking up a new recipe. Load up on green veggies to help replenish and feel nourished. You don’t have to wait until tomorrow or next week. Try my simple kale, chicken and apple salad.

3) Write about what happened 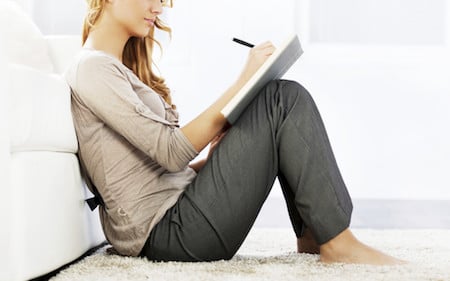 Why did you hit that speed bump? Many of us could afford to improve our relationship with food. Often, we associate it with comfort, whether that’s childhood memories of cosy batches of chocolate chip cookies or a glass (or bottle) of wine at the end of a long day or week. In essence, it’s a habit that forces us into a place where we don’t necessarily grant ourselves the opportunity to even make a decision. Before we know it, we’re staring down at an empty plate without remembering how we got there. Write it down.

If you’re prone to stress eating or emotional eating, processing those emotions before the binge (preventative) or after the binge (to help identify your trigger) can be incredibly helpful. Perhaps, you’ll uncover motivators you’d never thought to question before. That way, you have an idea of what your patterns are in the future.

Think about it: we are prone to a reaction – because we are only human after all – which tends to diminish our ability to actually take action. This is especially true if you find that your speed bumps are caused by emotional triggers or stress. Naturally, our response is based on emotion, which elicits a reaction.

Whether that is sadness, fear, guilt, anxiety or anger, it tends to cloud your judgment, and you’re prone to take less action than you should. Instead, make a plan! You can take my tip and journal about it or cook a healthy meal. Alternatively, you could take a walk or talk to a friend about it just to vent. When you’re struggling to make healthier choices, it’s very important to be proactive. When you take action, that becomes a habit, which makes it easier to bounce back in the future. 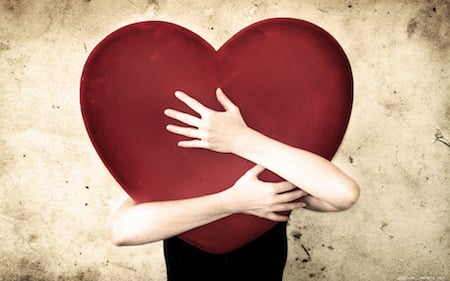 In the same vein as removing the guilt, it’s important to be gentle with yourself. Often, we think that “tough love” is the way to go. Especially in food and fitness, this approach is regarded as a highly motivating one. While that works for some people, it tends to add fuel to the fire after a setback. Why kick yourself when you’re down?

If you’re feeling a bit low, you might get sucked into a pattern of negative self-talk. Instead, resolve to be gentle. Practice daily affirmations, write down positive aspects of yourself that you appreciate, take a moment to journal about what you’re grateful for and avoid beating yourself up over it. That way, you can move forward with a clear head and an optimistic outlook that accommodates you reaching your goals. 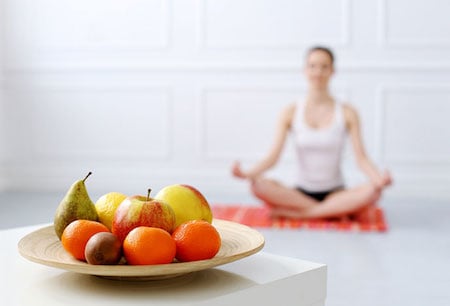 Mindfulness is a skill above all. It’s hard to get into the habit of doing, but once you do, it’s worth it. This is especially true when you apply mindfulness to eating. Association and habit have a lot to do with poor eating habits, and they’re pretty sneaky when we’re putting in a valiant effort to improve those habits and eat better.

Mindful eating can help you recognise natural hunger cues, savour the healthy meals you are eating and make better decisions when you’re overcome with the compulsive decision to pick up something sweet on the way home from work. Moreover, mindfulness can reduce stress which is a great way to prevent speed bumps in the first place.

What is your top tip to move past a nutritional speed bump and keep on track with your goals? Share with me below! If you’re ready to reset and get back to try, make sure to check out my paleo program here. 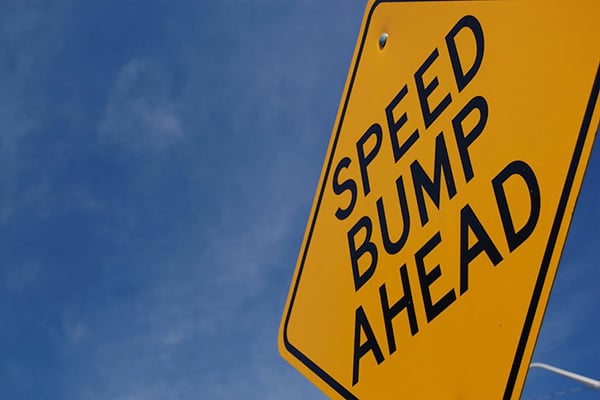