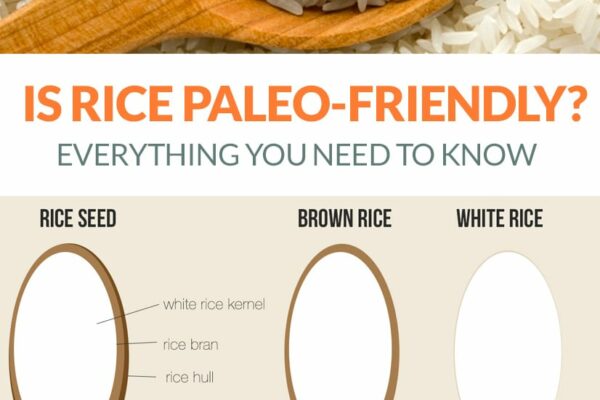 In this blog post, I weigh in on the debate of ‘is rice paleo?’. I will look at its nutritional profile, pros and cons, white rice vs brown rice and explain why white rice can be included in the paleo diet in the right context. 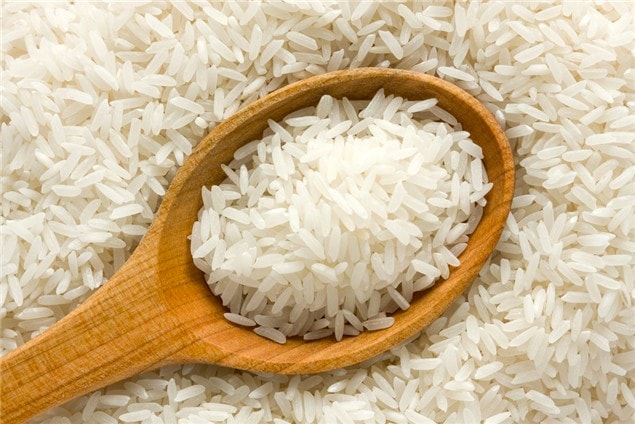 It’s not a secret that I eat white rice. Not a lot. Not very often. But I do.

In the paleo circles, this is often met with a few raised eyebrows and healthy debate. Is rice paleo? Is it okay to eat in small amounts? Why? And in what context? These are the questions I will try to answer in this post. I explain why white rice is actually pretty safe and why some individuals could tinker with including some white rice in their paleo diet.

Before I get into why I include some white rice in my diet and whether you should or shouldn’t, let’s recap why rice, and grains in general, are not part of the paleo diet.

WHY GRAINS ARE EXCLUDED FROM THE PALEO DIET

There are three main reasons why grains are typically excluded from the paleo diet:

So why do we see white rice appearing on the dinner plates of many paleo advocates, like myself?

Unlike brown rice, and I will explain this in more detail in just a second, white rice is actually the most benign grain of all. And although it lacks nutrients and is high in carbohydrates, it is a very accessible, affordable and convenient food. It can be safely eaten in small amounts in the context of other nutrient-dense foods such as healthy fats, protein and vegetables, and when eaten by lean and active individuals.

Brown rice is often advertised and promoted as the healthier type of rice, and on many levels this is correct. It contains more vitamins, minerals, protein and fibre than its poorer cousin white rice. In fact, white rice is pretty nutrient-void, except for the glucose and a little protein. When it comes nutrients, brown rice is the winner.

The reason brown rice contains more nutrients is that it is unmilled and unpolished, retaining its outer layer. The outer layer of the rice is where you find most of the nutrients. However, this layer also contains the toxic properties and acts as a protective armour of the seed, defending the rice from being eaten by insects and animals, or rather from being digested because the seed wants to get pooped back out so it can reproduce.

By the time the rice seeds are milled and polished all that remains is the white kernel, or white rice, without its armour and all the anti-nutrients contained within it. Any toxins that remain are broken down and denatured after cooking, leaving a simple safe starch that is easily converted in our body to glucose and used for energy. 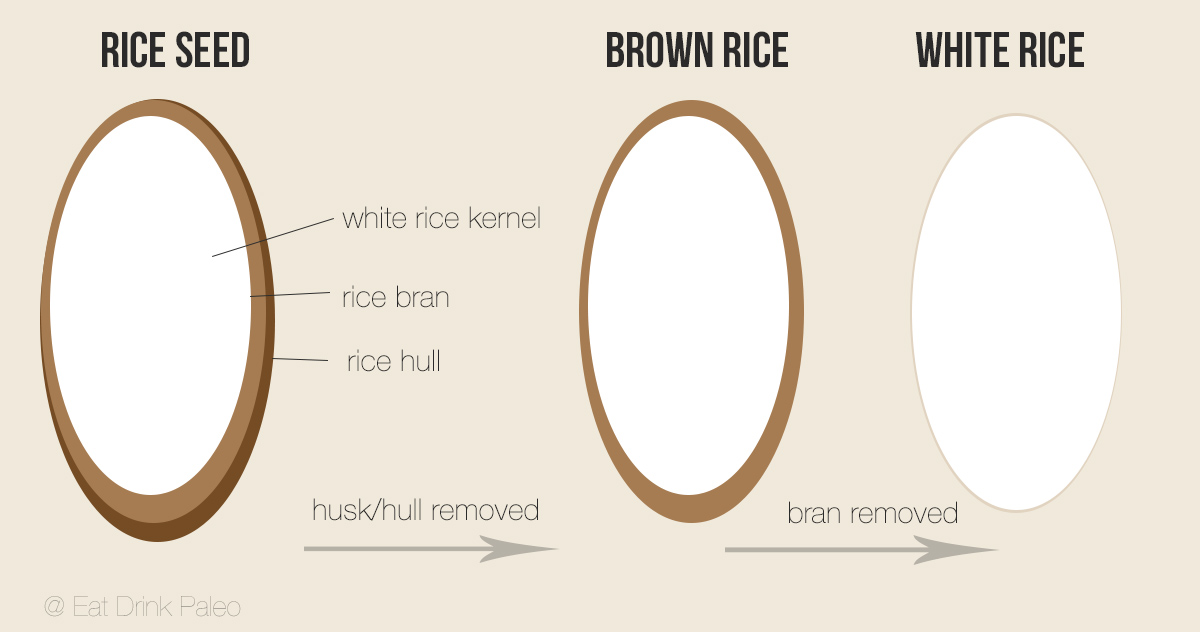 Yes, we still have to deal with the high glycemic index of the rice but that also varies between different types. Therefore it’s important to weigh up the pros and cons of including the rice in your diet. Brown rice

Yes, it’s easy to digest and it doesn’t contain any fructose so it’s good for those with fructose malabsorption issues, and it’s cheap and easy to prepare. This doesn’t give everyone the green light to eat it.

If you’re overweight, suffer from elevated blood sugar levels, have diabetes or trying to restore your metabolism, you should probably avoid white rice. But if you’re pretty active with a healthy metabolism and stable blood sugar levels, and you’re looking for a safe starch or an extra source of simple carbohydrates to restore glycogen levels post-workout, then white rice is definitely something you can tinker with.

Now, I wanted to include a little information about rice and arsenic as that sometimes comes up in conversations. This article by Chris Kresser covers this topic in more detail but here are some points on the matter.

HOW TO INCLUDE RICE IN YOUR PALEO DIET

Consider your goals and current health when deciding to include white rice in your diet. Ask yourself these questions. Do I have a healthy metabolism? Am I trying to lose weight? Am I lean and active? Then work out if you should eat rice AND how much.

Some people can be allergic to rice so obviously, it should be avoided.

Try to eat small amounts of rice and do it on the days you’re planning a workout or just after a workout. Rice is also a great addition for endurance athletes. Ever heard of carb-loading? Eat some rice the day before a big race.

Wild rice, although more nutritious than white rice, is more similar to brown rice and would need to be soaked, sprouted or fermented, and cooked to partially break down some of the present anti-nutrients.

Different varieties of rice have a varying glycemic index. Basmati rice is considered to have a lower GI (43-65), compared to other types.what to eat with rice 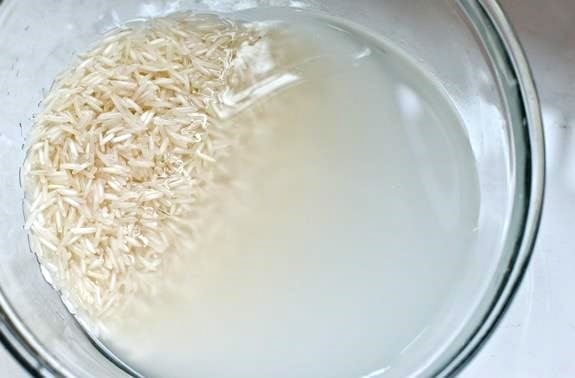 Pre-soak and rinse the rice before cooking! Add rice to lots of cold (slightly salted) water and soak for 1 hour before cooking (longer if you want).

Rinse well under hot water followed by cold water (I do 3 rinses in hot water and 2 in cold until the water runs clear) and then cook as usual. Soaking and rinsing help to remove some of the above-mentioned toxins and any traces of arsenic if present.

If you don’t have the time to soak the rice, make sure to rinse it really well as described above. Plus, soaking and rinsing the rice removes some of the starch resulting in fluffy, non-cloggy rice.

what to eat with rice

Use rice as a carrier for nutrient-dense foods rather than the main portion of your meal. For example, it can be a vehicle for healthy oily fish in sushi, you can serve rice noodles cooked in nutritious bone broth with beef and vegetables like in a Vietnamese Pho, or it can be stir-fried with prawns and lots of crunchy veggies or served as a little side with turmeric and coconut oil.

Consider what oil the rice is cooked in when eating out and maybe avoid fried rice and opt for steamed instead. Having said that, adding fat to rice will positively affect its glycaemic index. Adding protein, vegetables (aka fibre) and fat to rice helps to reduce the glycemic index of the overall meal, which means that the carbohydrates will be digested slower and the insulin response will not be as high. 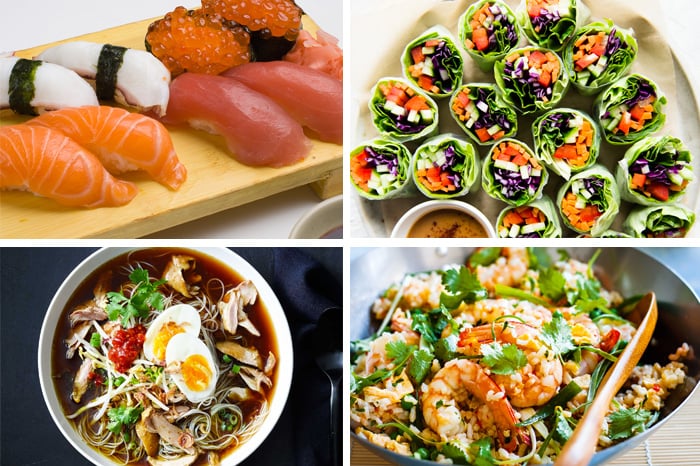 IN SUMMARY: IS RICE PALEO FRIENDLY?

A little brown or wild rice once in a while won’t kill you – the poison is often in the dosage. However, depending on your goals and gut health, you might want to avoid them. White rice, on the other hand, is less problematic when it comes to your digestive health, however, its carbohydrates levels and glycemic load need to be considered.

I am an active individual with a healthy metabolism and stable blood sugar levels. Therefore, I feel okay including white rice in the context of a healthy, balanced meal, especially when eating out, travelling or working out.

I try to buy organic rice, Basmati when possible, and I eat it in small amounts, usually once or twice a week.

It is up to you to decide whether you’re #teamwhiterice or not. As always, there are many variables to consider.

There will be many of you who will decide to avoid white rice or any other rice completely. Don’t worry, there are many alternatives to rice that can be used in many classic dishes. I love making cauliflower rice and use it up in dishes such as cauliflower egg fried rice, paleo nasi goreng with chicken and shrimp or in a healthy paella. I make sushi rolls without rice and use zucchini noodles instead of rice noodles or wheat noodles in ramens and soups.

You might also be interested to read my posts on the paleo diet and buckwheat, green peas, quinoa, amaranth, oatmeal, and miso.

Let me know what you think about white rice and the paleo diet in the comments. Would you include it back in your diet on occasion? 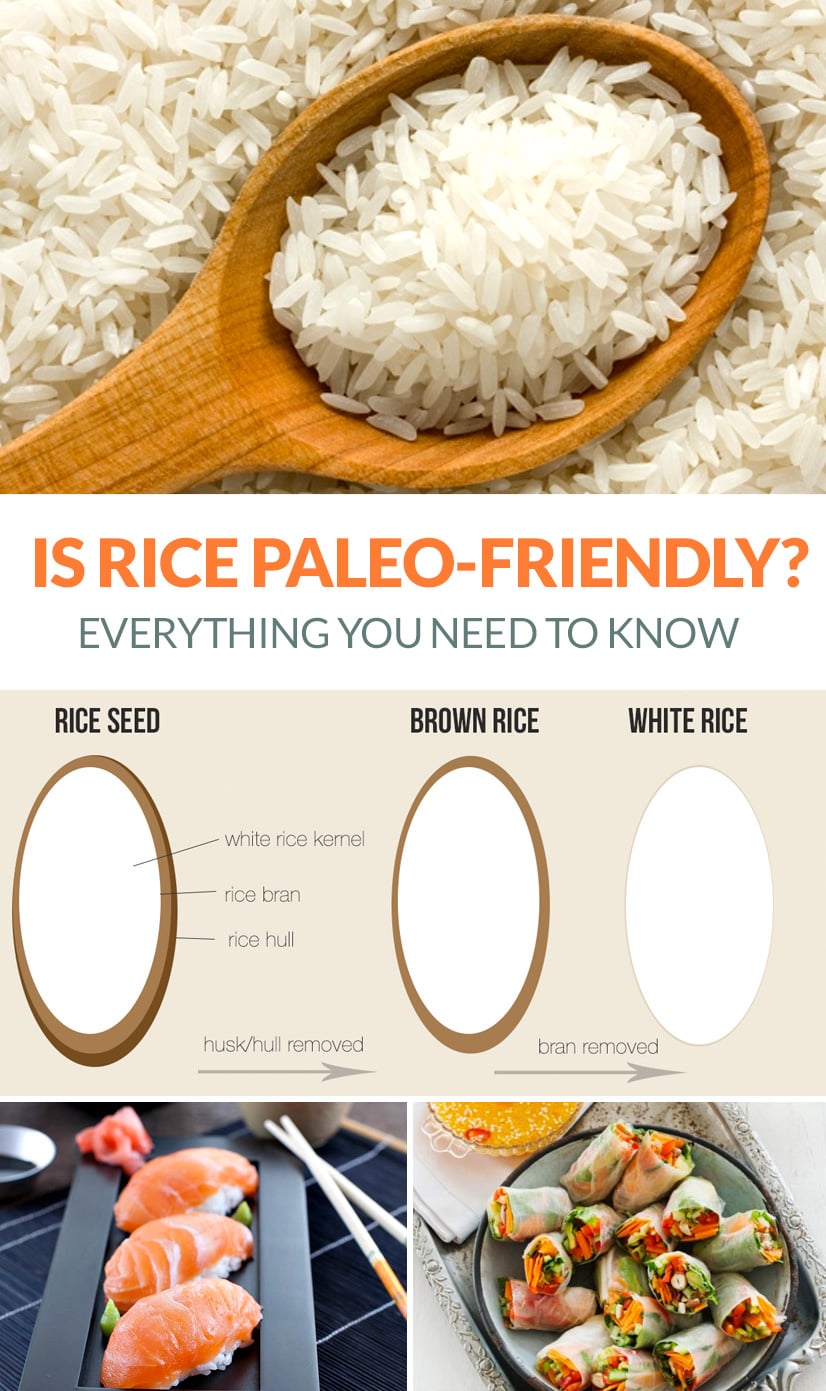 Good news about the glycemic index of rice, The Science Daily

Dr. Mercola weighs in on the rice debate in this article

Is Starch a beneficial nutrient or a toxin? You be the judge. by Chris Kresser

All about rice by Paleo Leap