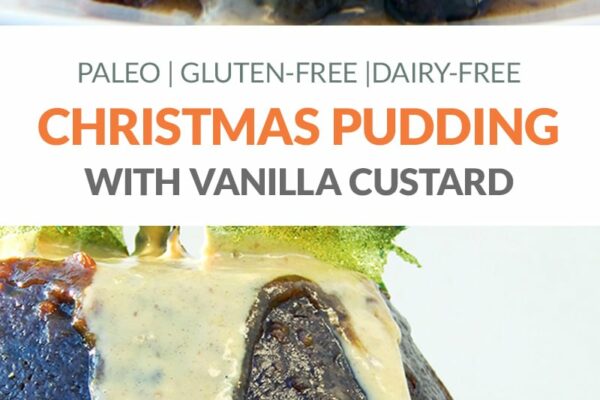 This incredible paleo Christmas pudding is full of festive flavours, yet it’s much healthier than a traditional version. It’s made with a secret ingredient to keep it luscious and moist and served with dairy-free, paleo vanilla custard. 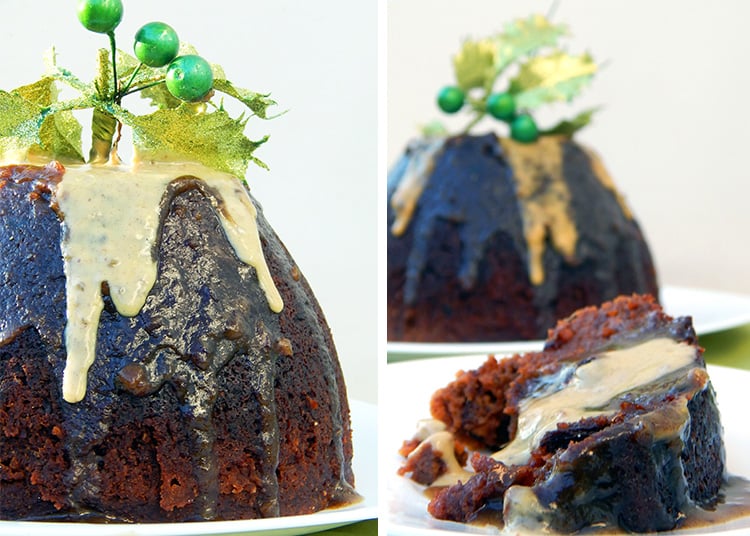 Today’s Christmas dessert is a guest recipe from Lisa McInerney’s cookbook Mummy Made It A Healthy Christmas. Come the festive season, it is always my favourite recipe book to recommend to my readers. If you haven’t got it, make sure to grab a copy here in the lead up to Christmas. Her Gingerbread Cupcakes recipe was super popular with my readers last year. 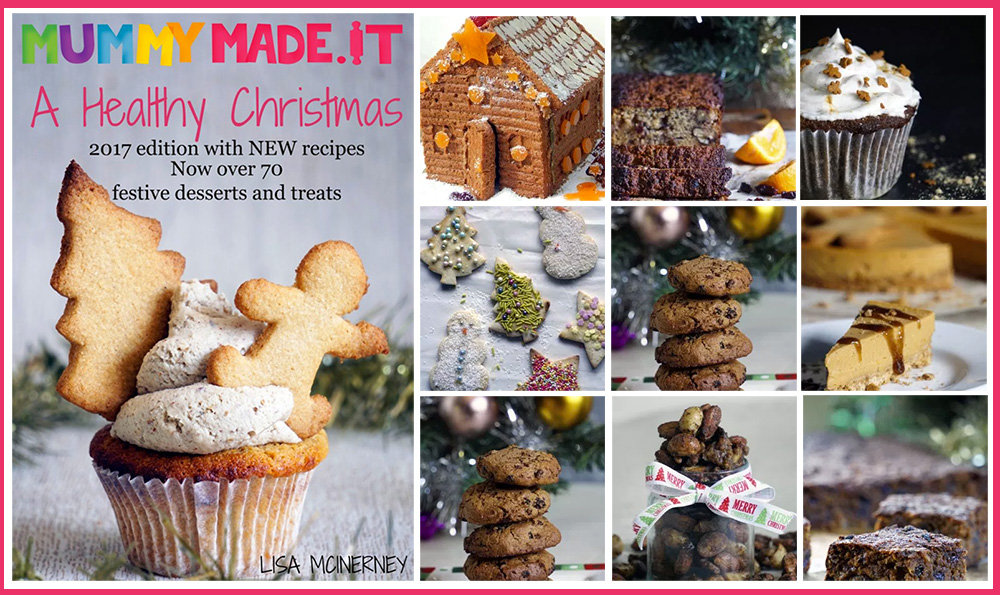 Nothing says Christmas like the traditional Christmas Pudding, and this paleo-friendly recipe version just makes this dessert a little bit healthier! Pumpkin is used in place of butter to create a moist pudding that oozes with festive flavours.

If you have time, allow the fruit mix to sit in the cupboard for a couple of weeks to intensify the flavour. It also pays to make the pudding the day before serving, as it takes a long time to cook and you want to make sure you’ll have your pudding ready for dessert. 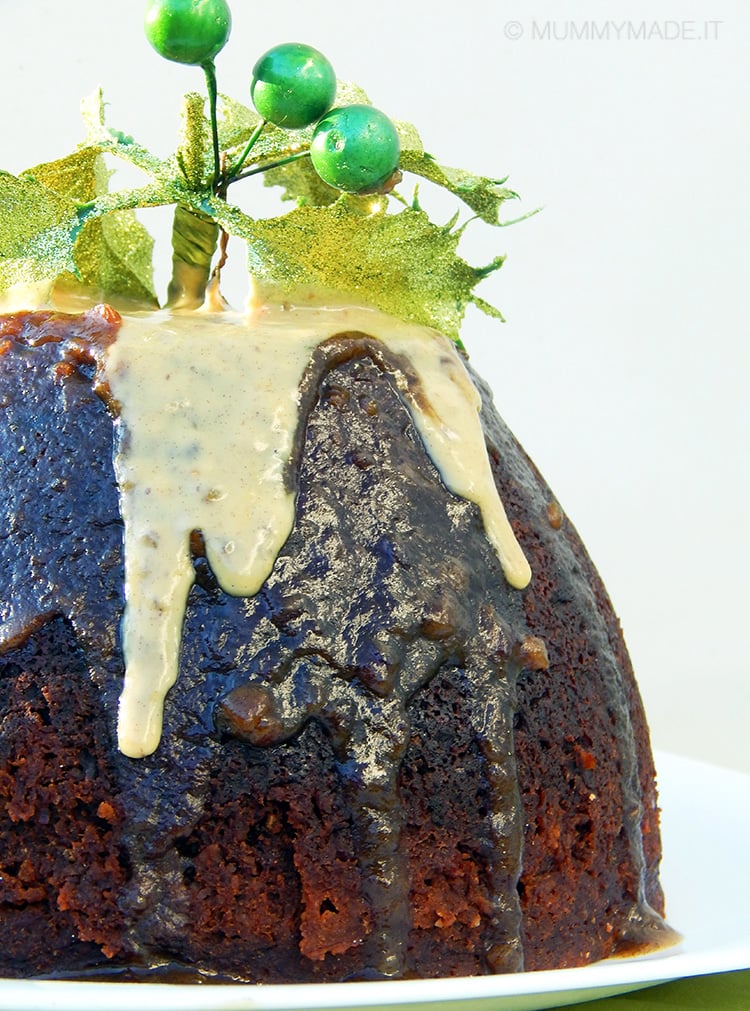 Depending on your cooktop and simmering temperature, the pudding can take anywhere from 5 to 7 hours to cook. Ensure that the pudding is simmering over medium heat as to not dry it (or the pan) out.

In the recipe book, Lisa has a few options for sauces and custards. She pours over salted caramel sauce and serves with brandy custard. I’ve included her more classic paleo vanilla custard sauce in the recipe here, as it’s a little simpler. You can add some brandy to the custard, for that extra festive flavour. 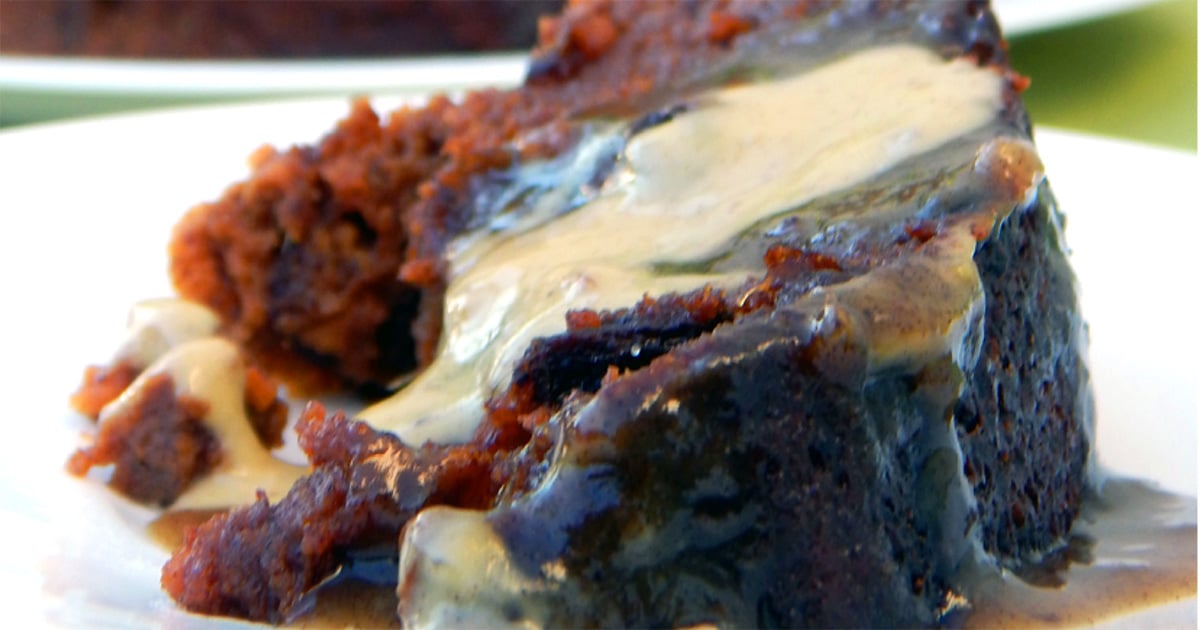 This healthy, paleo-friendly Christmas pudding is served with dairy-free vanilla custard. It can be made ahead of time and will delight both kids and grown-ups.

For the fruit mix

For the rest of the pudding

Preparation of the fruit mix.