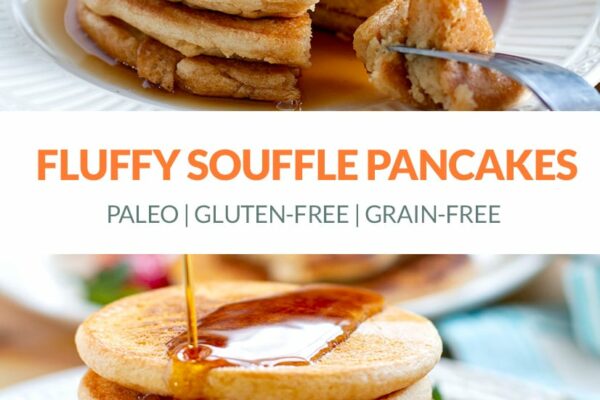 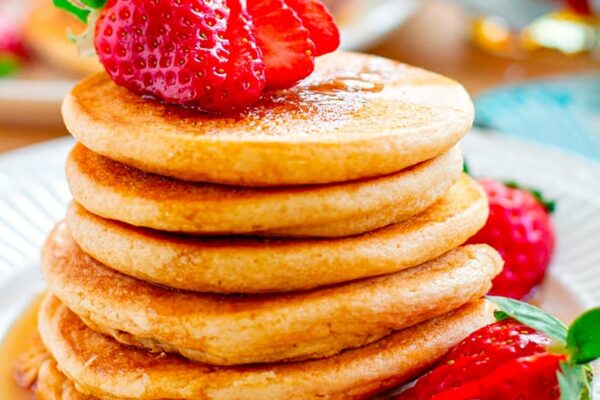 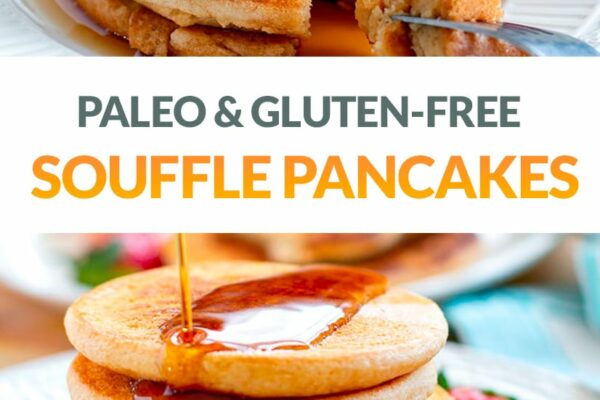 These gluten-free, paleo soufflé pancakes are a super fluffed up version of the classic brunch comfort food. Inspired by the cloud-like, fluffy Japanese-style pancakes, which are becoming the next big food trend, this recipe is a must-try for all pancake lovers. 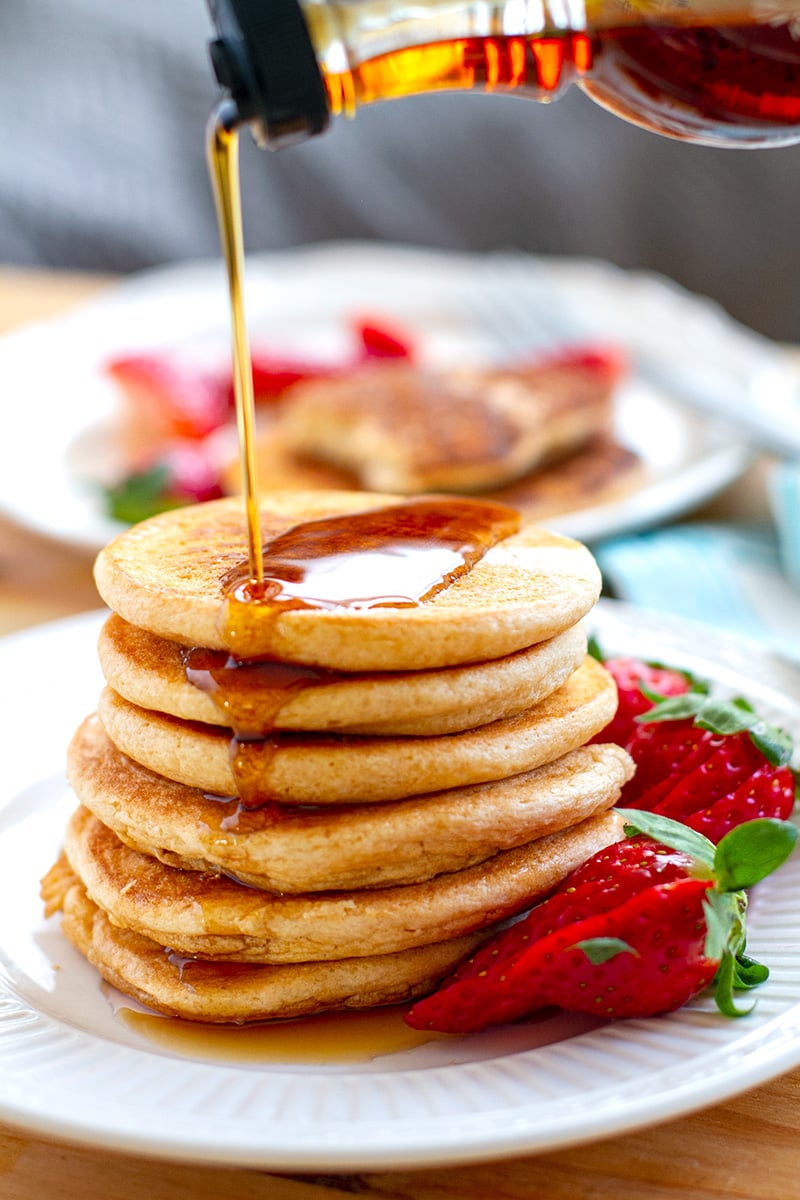 Fluffy Japanese soufflé pancakes are doing the rounds on Instagram and quickly becoming the new breakfast food trend. They are much thicker than regular pancakes, sometimes almost 2 inches, but once you bite into them, they are soft and fluffy with a texture somewhere between a pancake and a soufflé.

I decided to make a gluten-free, paleo version of soufflé pancakes and while they’re not as thick and impressive as the Japanese cafe-style creations, I have to tell you that they are damn good. And yes, super fluffy and light.

SO, WHAT MAKES SOUFFLE PANCAKES SO FLUFFY?

The pancake batter is made with egg yolks, milk and flour. I used almond milk, and cassava flour and almond meal in place of regular flour. The batter is then folded with an egg white meringue (stiffly whipped egg whites), which gives the mixture lots of air. The baking powder also helps them rise while cooking. They are very light in texture.

The flavour of the pancakes is a little bit eggier than regular type but it’s barely noticeable once you add the syrup and berries on top. I mean, they are so delicious that you probably won’t even think about it. 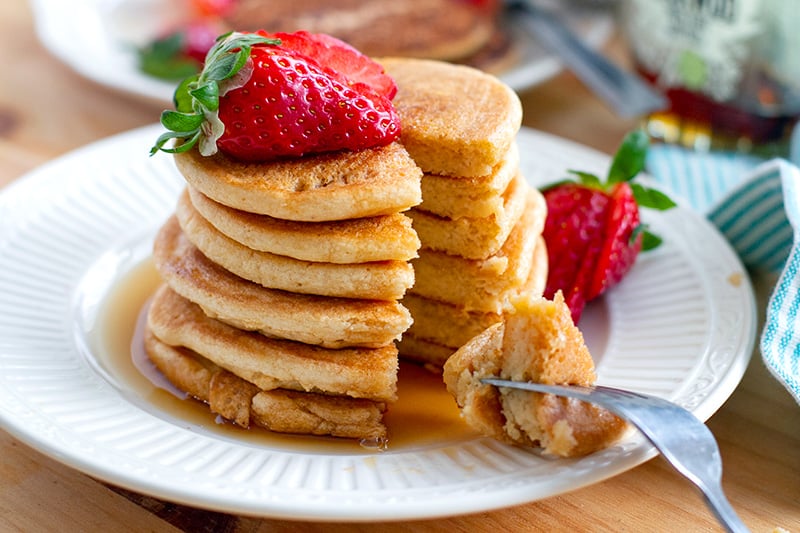 HOW TO MAKE SOUFFLE PANCAKES (VIDEO)

You will find the full ingredients, instructions and nutritional breakdown in the recipe card below. To make it easier, I’ve shot a little video showing how to make these pancakes. The recipe takes a little bit longer than regular pancakes because you have to beat the egg whites and also because they take longer to cook. But trust me, the results are worth the wait! 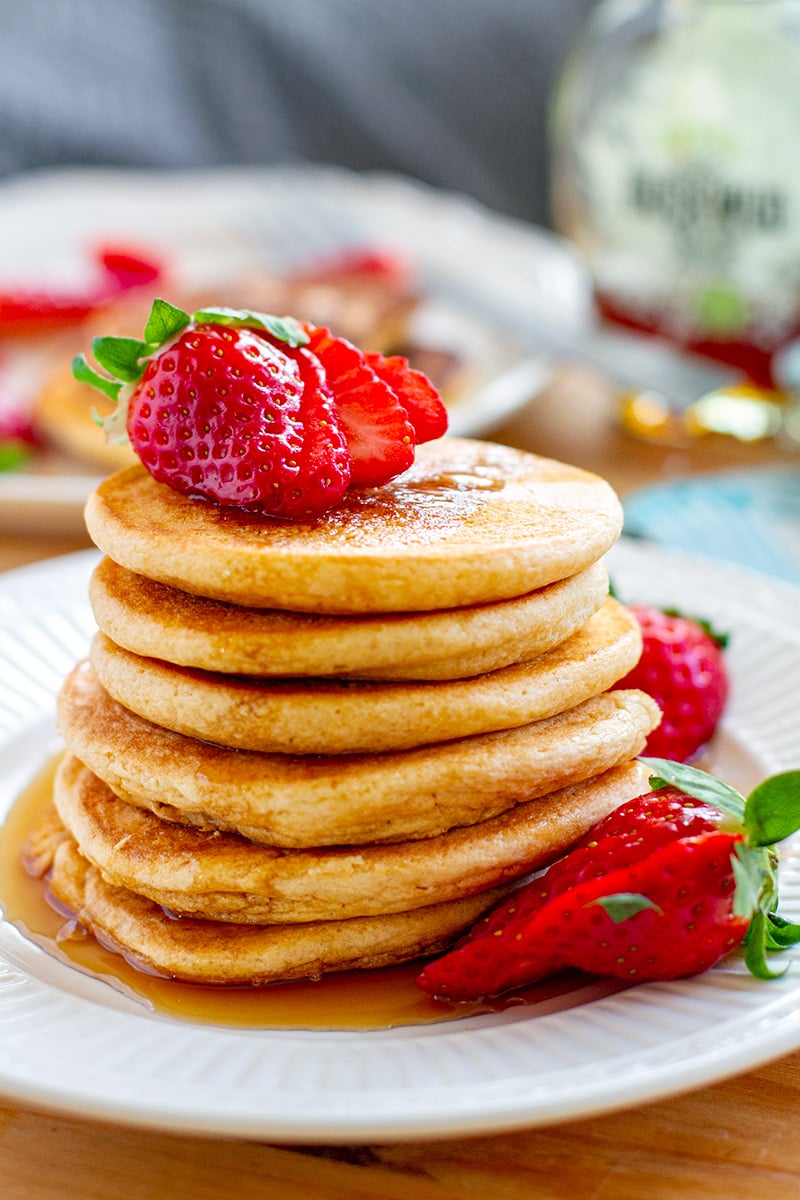 When the pancakes are cooking, they will rise quite a lot but once you take them off the heat, they will collapse somewhat. Don’t worry, they will still be super soft, airy and fluffy. They are best served as soon as possible but if you want to finish the whole batch of the batter first, simply cover them with a towel or pop the ready pancakes in a slightly warm oven.

Japanese-inspired souffle pancakes are like little fluffy clouds of goodness. This recipe is paleo and gluten-free friendly. Serve with maple syrup or honey, coconut cream or yoghurt and berries.

Cassava flour can be subbed with tapioca flour or other gluten-free flour. 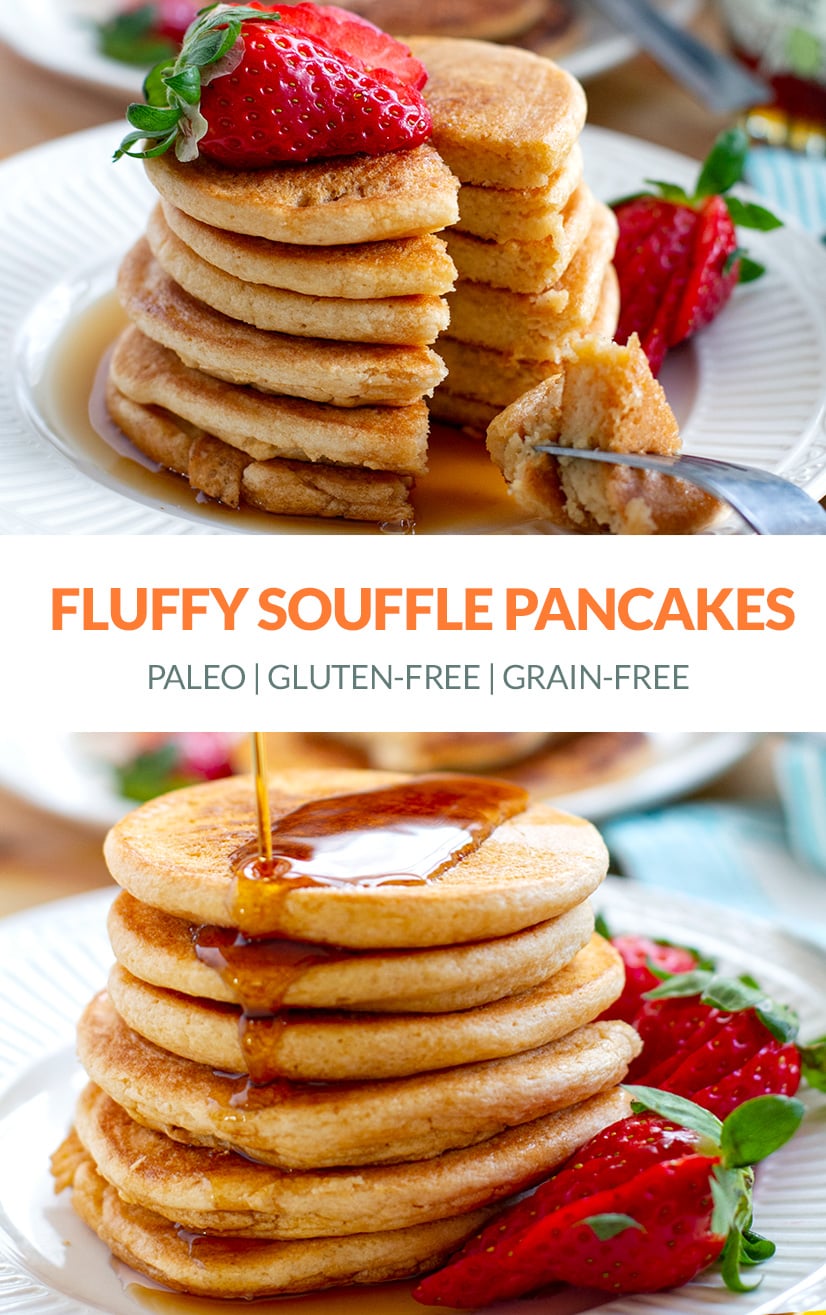 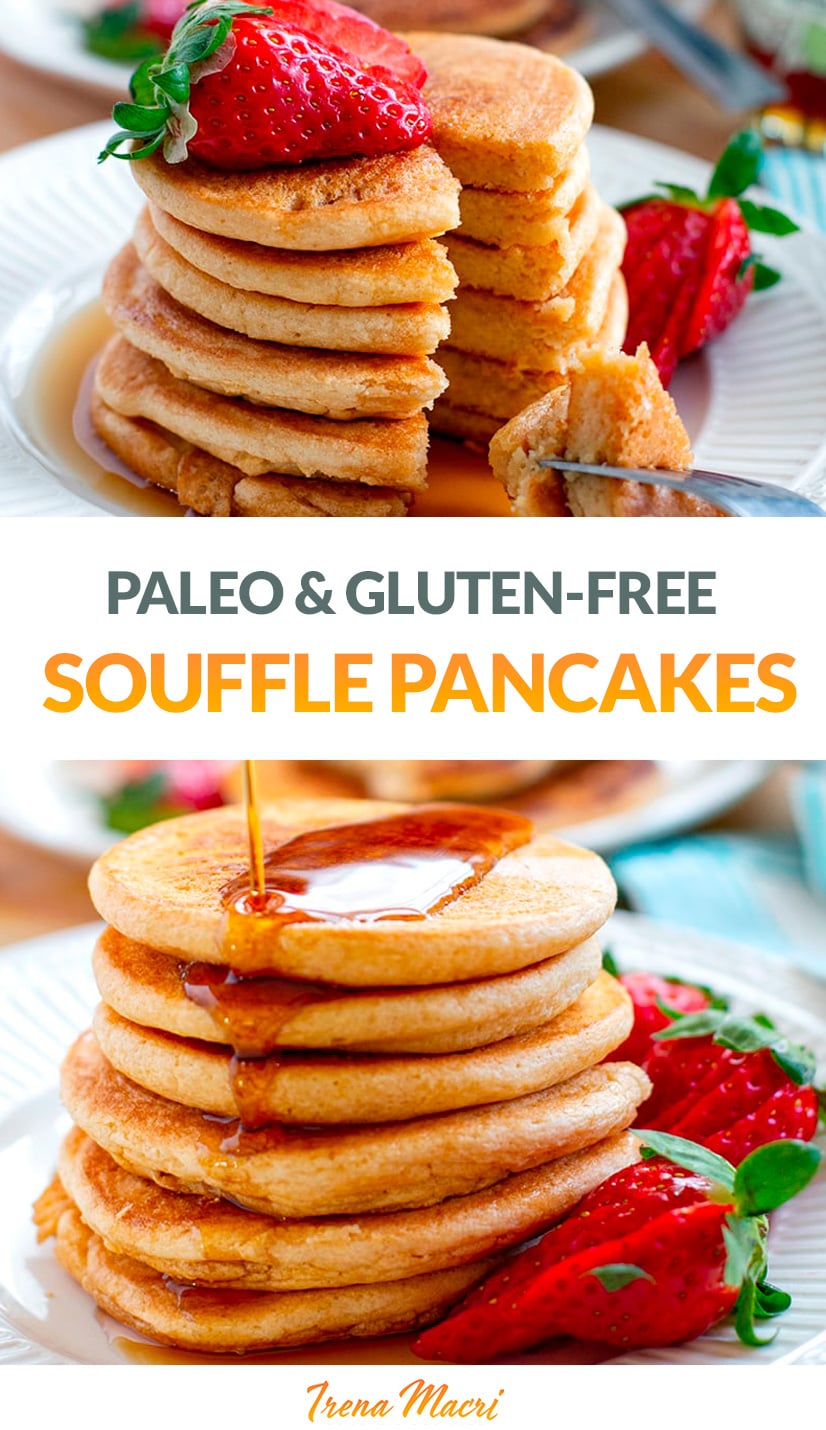